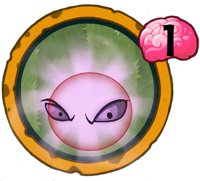 Frenzy.
There's nothing like a good possession to perk a Zombie up.
Possessed is a super-rare zombie superpower trick card in Plants vs. Zombies Heroes and a member of the

to play, and its ability gives a selected zombie +2

It is based on the real meaning of possessed, a state of something being in control by something else, unwillingly in most situations.

There's nothing like a good possession to perk a Zombie up.

Possessed can be used on almost any zombie to get good results since it gives both survivability and more offensive power (although not a direct boost on that regard). It is especially good on those with persistent abilities Quickdraw Con Man and Overstuffed Zombie or on those with decent offensive power (or stats, in general) like Arm Wrestler and Cuckoo Zombie. Neptuna can also use this on zombies with the

Deadly trait to plow through almost any plant as long as that zombie survives. The Smash can also pair said zombie with Ancient Vimpire to give it a boost. If Pecanolith is on the field, you can use this trick to get a little more damage out of said zombie. However, for zombies who already have the

Frenzy trait, you are better off playing Camel Crossing or Healthy Treat instead.

Try to keep your plants high in health, or play a high-health Team-Up plant so that the boosted zombie doesn't plow through them. Be careful against Neptuna, however, as she can use this card on a zombie with the 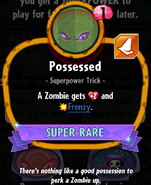 Possessed's card without its brain cost 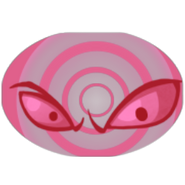 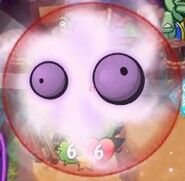 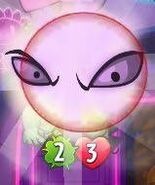 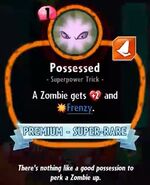 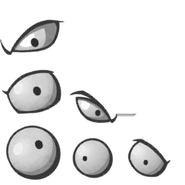