For the plant in Plants vs. Zombies 2 that the line is based on, see Shadow-shroom.

Brave plant line in Plants vs. Zombies: All Stars which was introduced in the 1.0.104 update, alongside Neon Mixtape Tour.

All members of the Poison Shadow line were based on the Shadow-shroom from Plants vs. Zombies 2, albeit in different colors and appearances.

Toxic-shroom's Chinese name ,"毒舌菇", was a pun on "毒舌" (lit. "poison tongue"), which is an a term used to describe a spiteful or sarcastic remark, or someone who is harsh and belittling in their statements or tone. Toxic-shroom's name took on a literal interpretation of a "poison tongue", as Toxic-shroom literally spat poison at zombies, and its attack animation involved it sticking its tongue out. 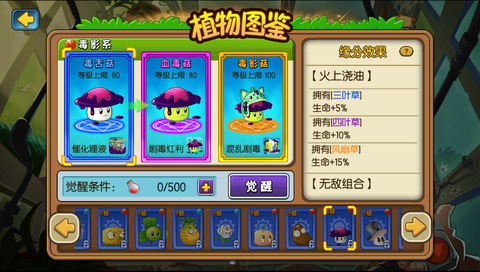 After unlocking the Poison Shadow line, additional puzzle pieces could be used to upgrade it, which increased its stats and ability LVs.

Poison Shadow line's stats would be increased if these specific plants were unlocked. 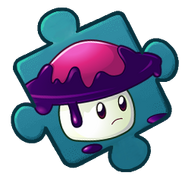 Poison Shadow line in advertisment prior to its release

Poison Shadow line Festival
Add a photo to this gallery 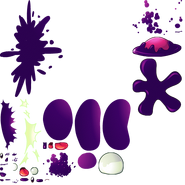 Toxic-shroom's sprites
Add a photo to this gallery 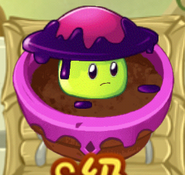 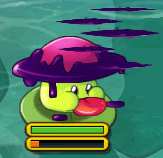 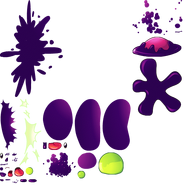 Sepsis-shroom's sprites
Add a photo to this gallery 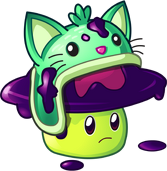 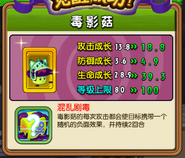 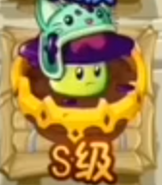 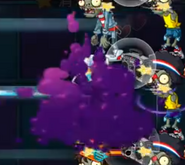 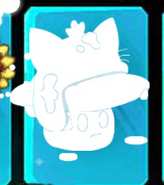 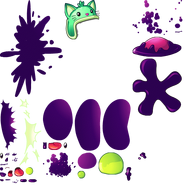 Shadow-shroom's sprites
Add a photo to this gallery

Retrieved from "https://plantsvszombies.fandom.com/wiki/Poison_Shadow_line?oldid=2373093"
Community content is available under CC-BY-SA unless otherwise noted.