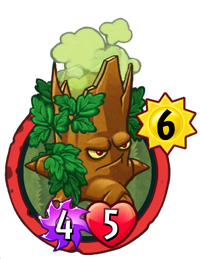 None
Gets lunch with Poison Ivy and Poison Mushroom every week. They have a lot to talk about.

Poison Oak is a premium rare plant card in Plants vs. Zombies Heroes and a member of the

Anti-Hero 5 trait and does not have any abilities.

It is based on the plant in real life with the same name (Toxicodendron diversilobum), and an oak, a tree in the genus Quercus. However, Poison Oak being an oak tree is a visual pun on the word "oak" in "poison oak," as the poison oak, in real life, is a woody vine instead of an actual tree.

Gets lunch with Poison Ivy and Poison Mushroom every week. They have a lot to talk about.

Poison Oak does not have the best stats for a 6-sun plant, but it still can tank a few hits while fighting back with decent strength. But keep in mind that it is meant to attack your opponent and can be overwhelmed by zombies of the same cost, such as Template:PvZHLink, Wizard Gargantuar, and Template:PvZHLink. Therefore, you should consider carefully when and where to play Poison Oak.

The safest situation to play it is when your opponent uses all their brains to play zombies, allowing you to play Poison Oak safely on an unoccupied lane, although you are better off blocking attacks with it if the combined zombies' damage is greater than Poison Oak's damage, unless its attack will win you the game.

Each Kabloom hero has their own strategies with Poison Oak:

Destroy it as quickly as you can before it ends up doing 9 damage to you. You can block Poison Oak with zombies until it is destroyed. However, the easiest and fastest way to destroy it is to use instant-kill cards such as Cut Down to Size, Locust Swarm, and Rocket Science. Using Fire Rooster along with Zombot Sharktonic Sub against it can also finish it off very quickly.

Deadly zombies can also destroy it in a single hit. If you predict that your opponent might play this, do not spend all your brains on zombies, as otherwise, you will be left with nothing to block it. 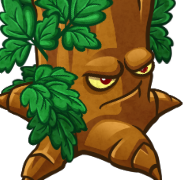 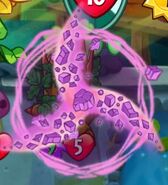 Cut Down to Size being used on Poison Oak

Poison Oak on the advertisement for the Nightcap Premium Pack

Posion Oak with a star icon on its strength

Two Poison Oaks on a lane due to Pair Pearadise's ability

Poison Oak on the advertisement for the Captain Combustible Hero Pack 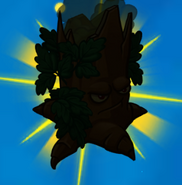 Retrieved from "https://plantsvszombies.fandom.com/wiki/Poison_Oak?oldid=2157999"
Community content is available under CC-BY-SA unless otherwise noted.