None
"Guess who's itching for a fight? This guy right here!"
Poison Ivy is a premium uncommon plant card in Plants vs. Zombies Heroes and a member of the

Anti-Hero 4 trait and does not have any abilities. Its closest zombie counterpart is Stealthy Imp.

It is based on the plant in real life with the same name (Toxicodendron radicans).

"Guess who's itching for a fight? This guy right here!"

Poison Ivy is mostly used as an anti-hero plant due to its high strength when no zombies are in its lane. You should generally try to clear its way with tricks like Spring Bean and Berry Blast so it can take a quarter of your opponent's health.

Due to it being a berry plant, it can synergize with Sergeant Strongberry, so that 7 damage can be done to the zombie hero, or 3 damage to a zombie on its lane. It can also help boost High-Voltage Currant as a result.

You can use Rolling Stone when its extra

Anti-Hero strength is not active, and Rocket Science or Cut Down to Size when it is. Squirrel Herder is an even more effective option, although there is Spudow's Grave Buster and Nightcap's Grave Mistake to worry about.

Any zombie that has 3 or more strength and/or 2 or more health can destroy Poison Ivy in combat, while a Gravestone zombie serves as an effective blocker since it is immune to almost every trick. However, you should still beware since your opponent may also have some tricks up its sleeve, namely moving tricks. 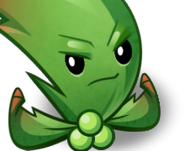 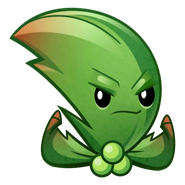 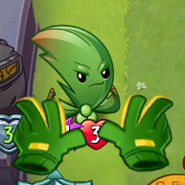 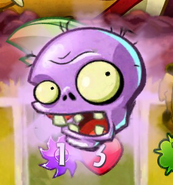 Terrify being played on Poison Ivy

Poison Ivy tinted gray due to a glitch

Poison Ivy with a star icon on its strength

Gigantic Poison Ivy due to a glitch

The player obtaining Poison Ivy, along with two Flag Zombies