Plants vs. Zombies PlayStation 3 and Xbox 360

Plants vs. Zombies for the PlayStation 3 and Xbox 360 is a sub-version of Plants vs. Zombies. It is almost exactly the same as the Game of the Year Edition of Plants vs. Zombies, except with the addition of Versus Mode, Co-op, the mini-game Heavy Weapon replacing It's Raining Seeds and also removing the Zombatar (however it can be used in the PS Vita version), as well as being the first version of the game to support 16:9 widescreen and upgraded textures to be played in an HD resolution. The digital version of the PS3 and PS Vita versions will no longer be purchasable on July 2nd 2021 (PS3) and August 27th 2021 (PS Vita) due to the upcoming discontinuation of the PS3, PSP, and PS Vita stores. This closure was canceled, however, so it is still possible the PlayStation stores for those consoles will be discontinued later in the future 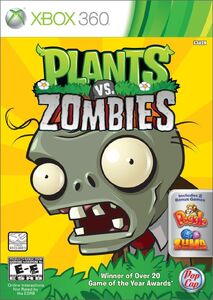 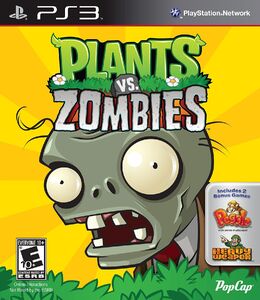 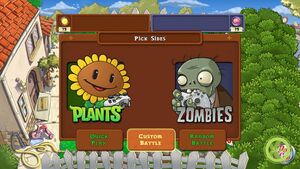 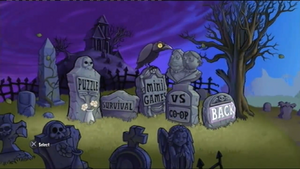 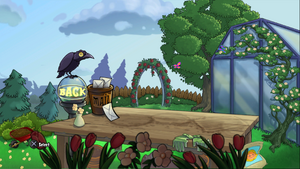 Extras
Add a photo to this gallery 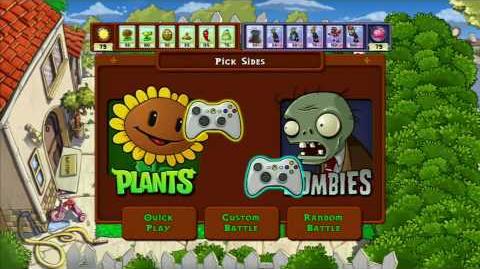 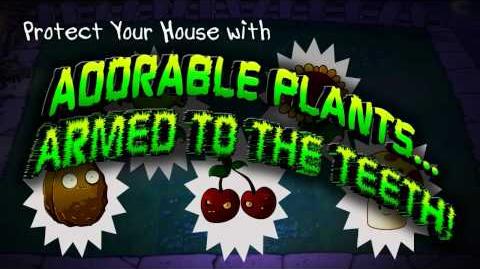 Plants vs. Zombies PSN Game Trailer
PlatStation 3 trailer
Add a photo to this gallery
Retrieved from "https://plantsvszombies.fandom.com/wiki/Plants_vs._Zombies_PlayStation_3_and_Xbox_360?oldid=2373724"
Community content is available under CC-BY-SA unless otherwise noted.