Plants vs. Zombies Wiki
Register
Don't have an account?
Sign In
Advertisement
in: China exclusive, Archived, Articles in need of clean-up,
and 4 more
English 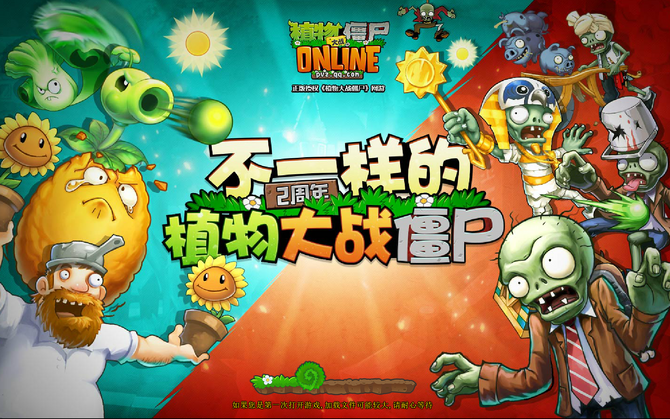 Plants vs. Zombies Online (植物大战僵尸Online; pinyin: zhíwù dàzhàn jiāngshī Online), abbreviated as PvZO or PvZ Online, was a Chinese MMO SNS Tower defense game with simulation and RPG elements, released by PopCap Games and Tencent Games. It was available to play at pvz.qq.com. In order to play Plants vs. Zombies Online, one had to create a QQ account.

Generally, the game had three modes: Normal Mode where the player defended their house from zombies around many worlds with plants in the original tower defense style; an Adventure mode which had a gameplay that was similar to the popular mobile TCG "I AM MT", in which the player formed their own plants troop to battle against AI, as many as seven plant units which included one from the player's friend could be sent into battle; and a Map mode where the player sent off one of their decks of plants in Adventure Mode into an empty or another user's mining location to conquer it for harvesting for rewards after. After a few levels in Normal Mode or Adventure Mode, the player would be lead into the town. The town was a place the player lives. It contained buildings that the player could unlock and a menu with many buttons, each led to a feature or a mode of the game. These buildings and features had different activities that can resemble one of the three modes as well as rewards for them.

On August 11th, 2018, players were no longer able to log into the game and the entire website as well as the server were removed completely.

Plants vs. Zombies: Social Edition failed to compete with a similar ripoff game called Plants vs. Zombies Online (not to be confused with the official game with the same name), also known as Plants Gone Wild in English versions of the game. PopCap Shanghai thought Plants Gone Wild was more successful because it was much more local to Chinese audiences compared to Social Edition.[1] In response to this, they made Plants vs. Zombies: Great Wall Edition as a more local approach towards Chinese players on Plants vs. Zombies. Later, PopCap Shanghai teamed up with Tencent Games to make their own take on Plants vs. Zombies Online, using the exact same Chinese name, and improving off of criticism they had of the original, such as the game having little proper gameplay with having no sort of player interaction during battles, making the stats of the player's plants being the only deciding factor of who would win. Some of the zombies from Plants Gone Wild also appeared as cameos.

The player was first given a choice to pick between Normal Mode and Adventure Mode to play first. After playing a few levels in the chosen mode, the player unlocked the Town feature, which was the main gameplay and also a menu for all of the features, modes, and buildings there.

Tencent Games and PopCap today kicked off worldwide the first beta test of Plants vs Zombies Online. The game recruited 3000 players to settle down in the PvZ town and interested gamers can apply to be the first citizens in the game.

Plants vs. Zombies Online enhances the gameplay and in the beta version, players will encounter a zombie boss inspired by the Sphinx in Egypt. Besides, beta participants can get their hands on a new plant exclusive for this game, the Moten. Every player has a garden to grow and develop plants, and make items.

These levels will feature normal tower defense levels. Some levels also have an Advanced mode that the player has to complete certain objectives in the level to get points.