BANANA!
This article is about an upcoming part of a Plants vs. Zombies game. The contents may change, and spoilers may be revealed. Read at your own risk!

Not to be confused with Plants vs. Zombies 3D: Ancient Egypt, an unrelated game.

Plants vs. Zombies 3D (植物大战僵尸 3D: zhíwù dàzhàn jiāngshī 3D) is a QQ and WeChat mini-program released by Tencent. It is a spin-off game of Plants vs. Zombies 3. In order to play the game, one must have either the Tencent QQ or WeChat mobile application and a registered account for the respective platform. It was also released as an HTML5 game on the 4399 game store.

The player's goal is to defend their house by unlocking and upgrading their plant types. Plant types are plants that attack differently from each other. For example, Repeater and all his varieties deal ranged damage to single zombie, while Chomper and their varieties breathe fire to deal damage to all zombies in close range. All plants attack automatically, killing zombies coming from the bottom of the screen. The player can also tap on the screen rapidly to increase plant types' firing rate.

Zombies are divided into waves, between which the player's house is fully restored. Some waves are boss (or Brainiac) waves, which feature one tough zombie to defeat. For each killed wave, the player receives coins and golden leaves, while boss waves also grant chests. Coins are used to upgrade plant types damage, while golden leaves are used to unlock new plant types.

Each plant type has 4 varieties, ranging in power and passive traits. Varieties are unlocked and upgraded via puzzle pieces, which can be found in chests and through watching ads.

Repeater shoots at some Browncoat Zombies

An Imp boss in the mobile version

Celery Stalker
Add a photo to this gallery 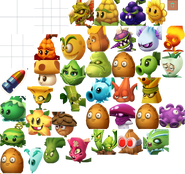 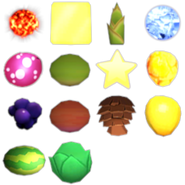 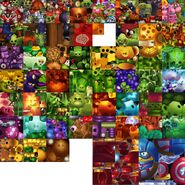 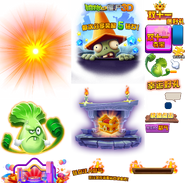 Retrieved from "https://plantsvszombies.fandom.com/wiki/Plants_vs._Zombies_3D?oldid=2374341"
Community content is available under CC-BY-SA unless otherwise noted.