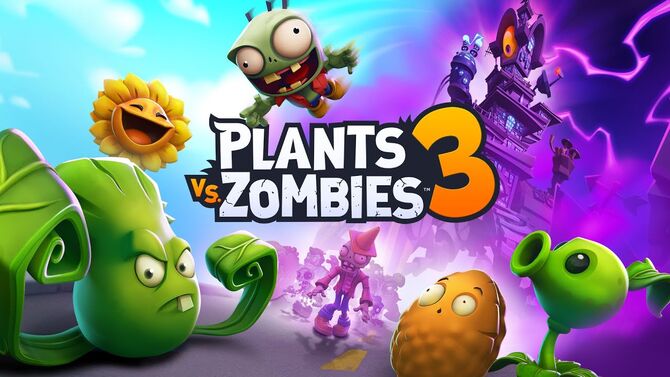 Plants vs. Zombies 3 (abbreviated as PvZ3) is a tower defense game released by PopCap Games. This game is a sequel to Plants vs. Zombies 2. It was released for Android devices for pre-alpha testing on Tuesday, July 16, 2019, for a limited amount of users in the United States and Canada[1]. The Pre-Alpha ended on February 10, 2020 and was soft launched on February 25, 2020 in select countries.

The Braniacs, Dr. Zomboss's zombie leaders, with the help of his new invention, the Devour Tower, the zombies, unknown to the plants at the time, conquer every house and lawn in Neighborville. Soon, the tower invades your house and carries it in it's grasp. After going inside and attacking zombies inside, the plants learn that they can push the tower away from Neighborville and save the other lawns. With this new info, Crazy Dave, Penny, Peashooter, Sunflower, Bonk Choy and many others set off on a quest to stop the Devour Tower's reign over Neighborville once and for all!

Plants vs. Zombies 3 is a tower defense game like previous installments in the series, the main differences being that the game is 3D, played vertically, and the lawn's new size, 5x8. Additionally, sun is generated automatically by Sunflower at a rate of 1 for every 3 seconds.

Each level is divided into 2 sections, with a middle stage called "Taco Time" that allows you to plant new plants, shovel them, move them and feed them Tacos, which give them Tacobilities that last the rest of the level. However, you get a limited supply per level. In Taco Time, no zombies spawn but you cannot generate sun. You can re-continue the level and exit Taco Time whenever you like. Other power-ups besides Tacos include Plant Food, giving plants an instant powerful ability, and Cherry Bombs which explode in a 3x3 area.

Later, on February 25th, Popcap revealed the game to a few select countries for a soft-launch phase, the phase the game is currently in now. No official release date is clear as of this time.

Logo
Add a photo to this gallery 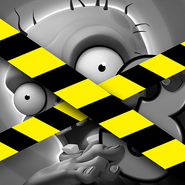 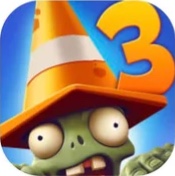 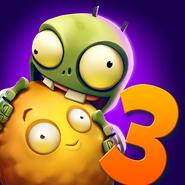 Retrieved from "https://plantsvszombies.fandom.com/wiki/Plants_vs._Zombies_3?oldid=2235219"
Community content is available under CC-BY-SA unless otherwise noted.