Plants vs. Zombies 2: Summon (sometimes referred to as only Plants vs. Zombies 2, 植物大战僵尸2召唤: zhíwù dàzhàn jiāngshī 2 zhàohuàn) is a QQ and WeChat mini-program released by Tencent, ByteDance, and Baidu in early 2019[1]. It is a spin-off game of Plants vs. Zombies 2. In order to play the game, one must have the mobile application of either the Tencent QQ, WeChat, Douyin, or Baidu Tieba and a registered account for the respective platform depending on the app.

The game plays like a standard tower defense game. You have a 4-by-3 lawn with 5 of the tiles already unlocked, and the other 7 being purchasable with coins. Plants will spawn on the unlocked tiles over time, by watching an advertisement, or by buying a plant in the shop. You can move plants to open tiles, and moving a plant to a tile that already has the same type of plant will cause them to combine into a stronger plants. You use the plants to defend your house from increasingly stronger waves of zombies following a single path around the lawn towards the back of the house. If a zombie reaches the end of the path, you lose the level and have to retry it. Each level as a specific number of waves, with the final wave being a fight against a boss zombie, which is a normal zombie but larger and stronger.

An image of gameplay.

A player with many merges.

What appears to be a list of unlocked plants.
Add a photo to this gallery 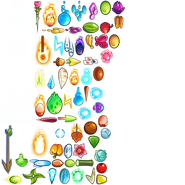 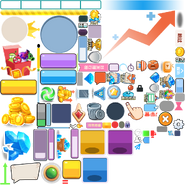 The lawn with snow, possibly during a winter-related event.
Add a photo to this gallery

Retrieved from "https://plantsvszombies.fandom.com/wiki/Plants_vs._Zombies_2:_Summon?oldid=2356654"
Community content is available under CC-BY-SA unless otherwise noted.