Plant Maze (植物迷阵; pinyin: Zhíwù mí zhèn) is the first Brain Buster exclusive to Frostbite Caves in the Chinese version of Plants vs. Zombies 2. It is a Save Our Seeds level with five attacking plants: Fire Peashooter, Coconut Cannon, Threepeater, Winter Melon, and Fume-shroom, one on each row respectively. The main characteristic is that players need to match at least three balls of the same color to make the plants on the left side of the lawn damage the zombies on the right side. There are some zombies colored that when destroyed they will change some random balls to its corresponding color, sometimes helpful, sometimes harmless. There is also Chief Ice Wind Zombie, which freezes one ball on his lane when blowing icy wind.

Formerly, when added in the 1.5.0 update, every level was a boss fight with the Zombot Tuskmaster 10,000 BC. Later, the game mechanics were changed to a special type of Save Our Seeds level, due to difficulty constraints.

The lawn used for this Brain Buster

The tutorial level with endangered Tall-nuts

The first level with endangered Wall-nuts

The second level with endangered Infi-nuts. Although it can regenerate its health after being eaten, you will still lose the level if it is completely eaten.

The third level with endangered Radishes

An older version of this Brain Buster, against the Zombot Tuskmaster 10,000 BC

Plant Food ball; activates Plant Food affect when matched next to a plant

An advertisement about this Brain Buster 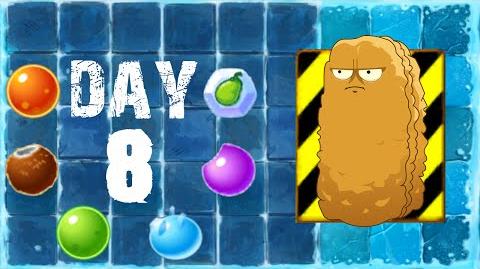 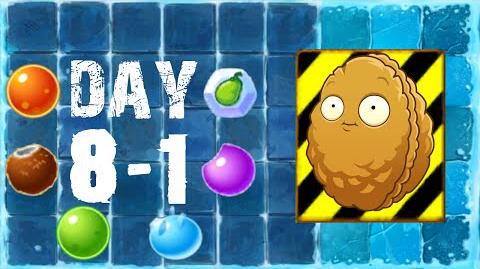