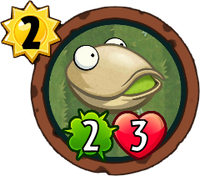 Not to be confused with the Pistachio from Plants vs. Zombies: All Stars.

None
"I'm a kind of ice cream! Sort of!"
Pismashio is a basic common plant card in Plants vs. Zombies Heroes and a member of the

. It does not have any traits or abilities. Its closest zombie counterpart is Space Cadet.

Its is based on a pistachio (Pistacia vera), a member of the cashew family.

Its name is a portmanteau on "pistashio," the real-life plant it is based on, and "smash."

There is nothing really remarkable about Pismashio. While it is a basic plant with above-average stats, other 2-sun

Guardian plants like Cactus, Sea-Shroom, Water Chestnut, and Jugger-Nut can outclass it in a lot of situations. Nonetheless, it is a fairly reliable and balanced plant, and any strategies and counters with nuts apply to it as well.

While this isn't a dangerous plant in any way, it can give you some trouble on turn 2 because no 2-brain zombie can destroy Pismashio and survive a hit from it at the same time. Tricks like Electrobolt, Stayin' Alive, Slammin' Smackdown, and Rolling Stone are good counters to it, although playing a superpower on Pismashio is a waste. If your opponent chooses to boost it, Squirrel Herder can always take care of it. 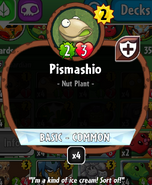 Pismashio attacking (1), note how the projectile seems to fly from behind it 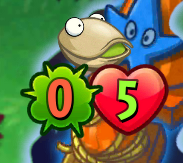 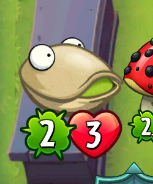 Gigantic Pismashio due to a glitch 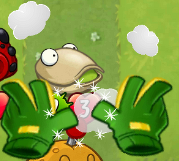 Gardening Gloves being played on Pismashio 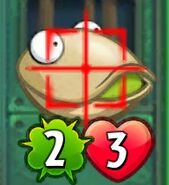 Missile Madness being played on Pismachio