For the international version of this level, see Pirate Seas - Day 25.

Plan your defense and defeat the zombies
Pirate Seas - Ultimate Challenge is the 25th and the last level of Pirate Seas in the Chinese version of Plants vs. Zombies 2. It is a boss battle against the Zombot Plank Walker. The player has to collect all stars in previous levels in order to unlock this level. When this level is finished for the first time, the player earns coins, a Magical Chest and three stars.

The Zombot Plank Walker acts the exact same way as it does in the international version. That being said, the player this time can set up a defense before the fight, rather than fight the Zombot with given plants. 4000 sun is given, which is more than enough to defeat this. One thing to worry about is the Imp rain, which can cause some devastation to your defenses if the back is not guarded well. The Zombot can also can do a charge attack, so save some Plant Food or bring Power Lily along just in case. However, this level can be done in mere seconds if Level 4 plants are used, as the amount of health the Zombot Plank Walker has does not scale, and is always preset. This means using Level 4 plants can do tons of damage and defeat the Zombot Plank Walker very quickly. There is no hard mode to this level either.

Level complete
Add a photo to this gallery 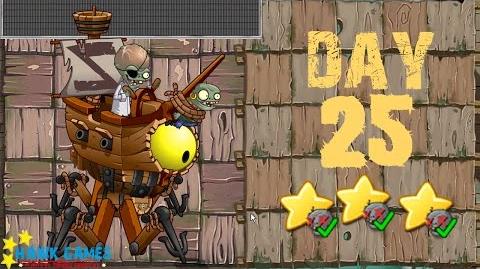 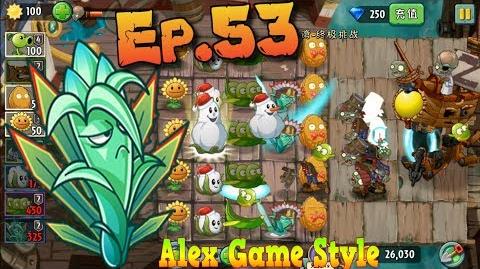 Retrieved from "https://plantsvszombies.fandom.com/wiki/Pirate_Seas_-_Ultimate_Challenge?oldid=2149150"
Community content is available under CC-BY-SA unless otherwise noted.