None
Pirate Seas - Level 2-1 is the second level of Pirate Seas in Plants vs. Zombies Online. The Pirate Captain Zombie first appears in this level. This level also features the mast, which is an environmental modifier. It can make zombies enter a lane from the start of the lawn in a similar way to Swashbuckler Zombie, but faster. 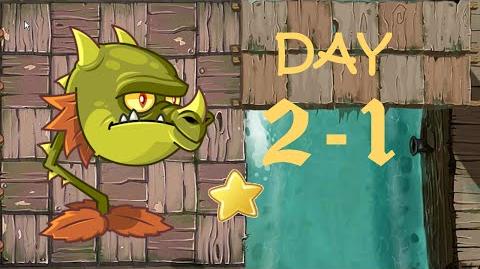 Plants vs. Zombies Online - Pirate Seas - Day 2-1
Add a photo to this gallery
Retrieved from "https://plantsvszombies.fandom.com/wiki/Pirate_Seas_-_Level_2-1?oldid=2181432"
Community content is available under CC-BY-SA unless otherwise noted.