Gargantuar Pirates can be hard to defeat, since they can crush plants, launch Imp Pirate Zombies into the player's defenses, and absorb a high 3600 damage per shot before dying. They can also crush Spikeweeds, which are vital to defeating Barrel Roller Zombies. In addition, the offensive plants given aren't suited to beat Gargantuars. Potato Mine is helpful killing the Gargantuar Pirates, but since Potato Mines cannot be placed on planks, this puts the player at a disadvantage. Kernel-pult can butter the Pirate Gargantuar, giving the player time to defeat it. Snapdragon when fed Plant Food helps defeat these threats because of its high damage and area, which perfectly fits with the plank positions. There are no lawn mowers, so if one zombie makes it past the player's defenses, the player will lose. To top it all off, this level has two flags. Another thing are the constant raiding parties utilized by the Swashbuckler Zombies will also add to the difficulty of the level. Also, the sequencing is also well synchronized that it is hard enough to predict the next sets of Swashbuckler Zombies. However, this should not be too much of a problem, as Snapdragons should deal with Swashbuckler Zombies very easily.

By ReNatapat
Add a photo to this gallery 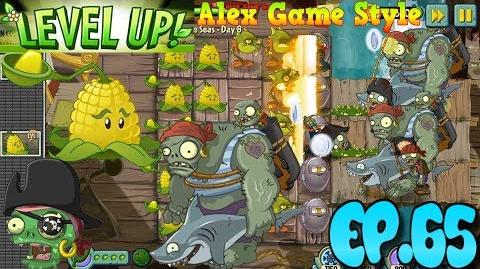 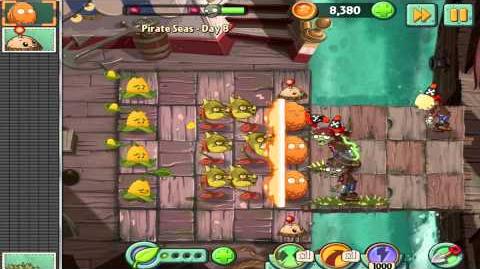 Retrieved from "https://plantsvszombies.fandom.com/wiki/Pirate_Seas_-_Day_8?oldid=2358369"
Community content is available under CC-BY-SA unless otherwise noted.