Since the player cannot pick their own plants here, they must use the given plants to kill the zombies. The plants given are quite useful. Sunflower is a reliable source of sun for this level. Wall-nut can block the incoming zombie horde, Iceberg Lettuce can give the player time to set up an to freeze threatening zombies. Kernel-pult is the main source of offense in this level, which can be difficult as it doesn't provide much fire power. Lastly, Cherry Bomb can easily take down huge waves of zombies. The player has access to Cherry Bomb although not unlocking it yet. Also, after the 1.7 update, the Kernel-pult is the player's main offensive plant.

By ReNatapat
Add a photo to this gallery 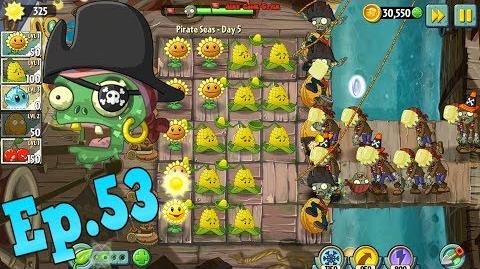 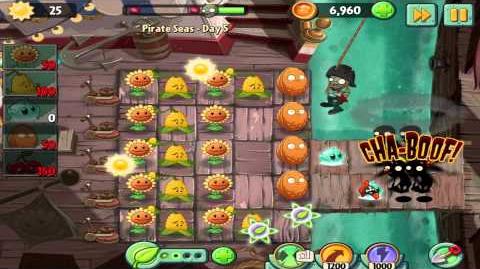 Retrieved from "https://plantsvszombies.fandom.com/wiki/Pirate_Seas_-_Day_5?oldid=2358362"
Community content is available under CC-BY-SA unless otherwise noted.