Pirate Seas - Day 4 is the fourth level of Pirate Seas in the Chinese version of Plants vs. Zombies 2. It is the first Cannons Away level, the Brain Busters exclusive to Pirate Seas. In this level and any other Cannons Away level after that, the player has to defeat Seagull Zombies with five Coconut Cannons, and they have to reach a certain number of points to complete the level. When this level is finished for the first time, the player a number of coins depending on the score.

Reach the target score
In the normal mode of this level, the player has to beat the score of 5000 points.

This level is rather easy, as Seagull Zombies move fairly slowly in this level, and the target score is rather low. 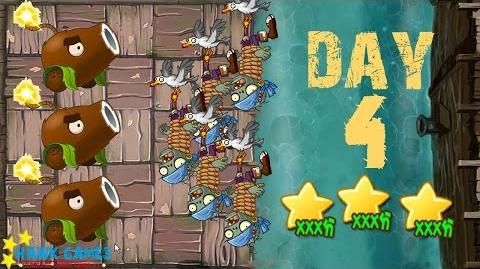 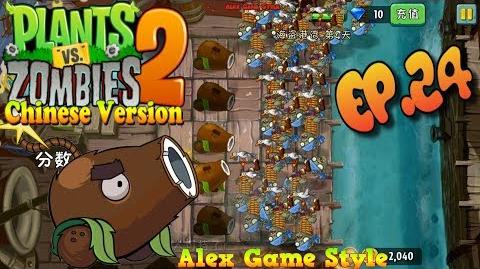 The player may have some trouble catching up with the Seagull Zombies. However, once the player has been familiar with the zombies' speed, they can earn points easily.

Try to get as many combos as you can. This level is just as simple and easy as the others so getting tons of combos should not be very difficult.

Retrieved from "https://plantsvszombies.fandom.com/wiki/Pirate_Seas_-_Day_4_(Chinese_version)?oldid=2088939"
Community content is available under CC-BY-SA unless otherwise noted.