Same as before
Pirate Seas - Day 2 is the second level of Pirate Seas in Plants vs. Zombies 2. After completing this level, the player receives a money bag.

The Seagull Zombie can fly over the gaps where no planks are present, and is faster than a normal zombie. Unlike most flying zombies, this one still has the ability to eat plants. Using a defensive plant like Wall-nut can help stall this zombie. In addition, the Kernel-pult given to the player before this level can instantly kill it if butter is thrown at it. 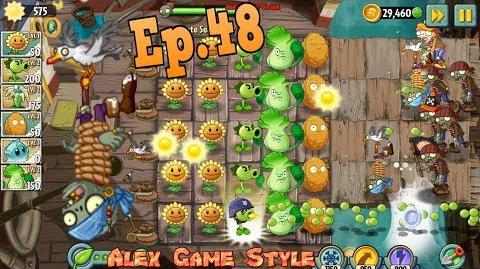 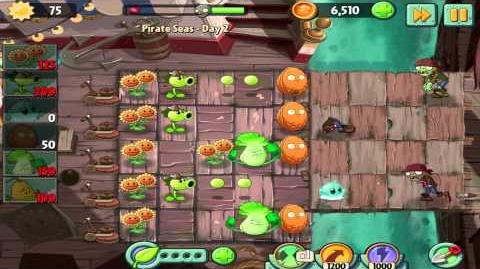 Retrieved from "https://plantsvszombies.fandom.com/wiki/Pirate_Seas_-_Day_2?oldid=2355215"
Community content is available under CC-BY-SA unless otherwise noted.