Pirate Seas - Day 1 is the first level of Pirate Seas in the Chinese version of Plants vs. Zombies 2. When this level is finished for the first time, the player unlocks Kernel-pult.

Coins
In the Normal Mode of this level, the player has to beat pirate zombies at Level 1. 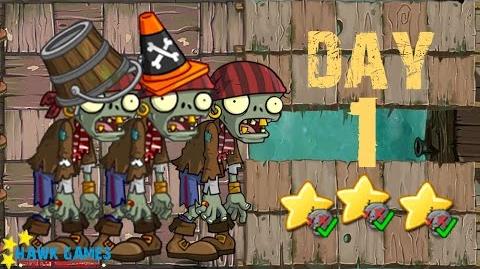 Coins
In the Hard Mode of this level, the player have to beat the zombies above in Level 2.