A money bag
Pirate Seas - Day 12 is the 12th level of Pirate Seas in Plants vs. Zombies 2. When this level is finished for the first time, the player unlocks an upgrade called Shovel Boost.

The combination of Barrel Roller Zombie and Imp Cannon pose a huge threat, as defeating both efficiently of them requires different methods of attack. Therefore, the player should pay attention and deal with the zombies accordingly. In addition, there are some Swashbuckler Zombies and some Seagull Zombies. Kernel-pult and Snapdragon are recommended, as they can efficiently take both of these zombies down. Other than that, the player has no objectives to complete, and is just a regular level, which the player should not have much of a problem with. 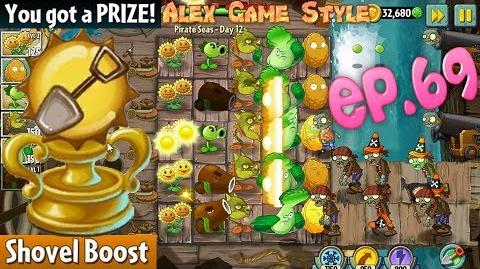 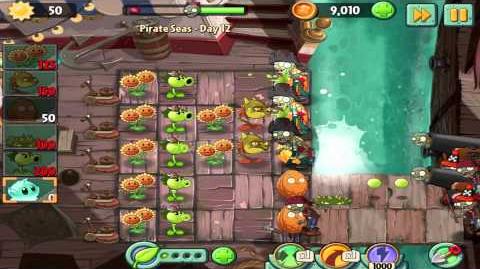 Retrieved from "https://plantsvszombies.fandom.com/wiki/Pirate_Seas_-_Day_12?oldid=2356029"
Community content is available under CC-BY-SA unless otherwise noted.