For an identical name, see Pirate Booty, an achievement in Plants vs. Zombies 2.

Draw a card for each Zombie.
Zombie Pirates kick a lot of booty. Maybe someday they'll figure how to spend it.
Pirate's Booty is a triassic uncommon zombie trick card in Plants vs. Zombies Heroes and a member of the

to play, and its ability draws a card for each zombie on the field.

Its description makes a play on two meanings of "booty," a person's buttocks ("kick butt" meaning to act in a forceful or aggressive manner), and valuable stolen goods.

Zombie Pirates kick a lot of booty. Maybe someday they'll figure how to spend it.

Pirate's Booty should only be played if you have good control of the game; it has the capability to give you many cards, easily exceeding Fun-Dead Raiser and Regifting Zombie, allowing Dino-Roar zombies to thrive greatly. However, you will need to fill as many lanes as you can with your zombies, and they have to survive until you can play Pirate's Booty. This means that your deck must be suitable for late game control, as Pirate's Booty's cost makes it unsuitable for rush decks, unless the zombies used for rushing are made free via Flag Zombie or Dr. Spacetime's ability.

Pirate's Booty can also easily overfill your hand, making you unable to block any plant attacks. While it is unlikely to happen if your zombies are strong enough to block and destroy any plant thrown,

Strikethrough plants and direct damage can get past them. Your opponent can also punch a hole in your defenses by Bouncing, bonus attacks, and instant-kills. However, Teleport or Teleportation Zombie grants your zombies safety from them, although Teleportation Zombie is a better choice because it can teleport in multiple zombies.

Nonetheless, Pirate's Booty is only a method for drawing tons of cards if you have nothing else to spend in the late game, and should not be considered as your main card draw option, as there are much more efficient alternatives in the Brainy class.

Pirate's Booty cannot be countered in any way. The best you can do is to destroy as many zombies as you can, so that Pirate's Booty draws fewer cards and your opponent gets discouraged from playing it. A deck containing many damaging and instant-kills can make it harder for your opponent to set up early, while a rush deck pressures them to fight fire with fire, or even allow you to win before they get to play Pirate's Booty. You can also play Forget-Me-Nuts, Brainana, or Dark Matter Dragonfruit to increase its already expensive cost. 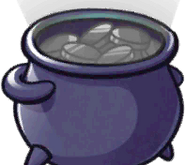 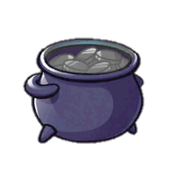 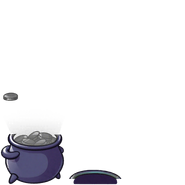