.
He was told that playing the pipe would summon raccoons. But whatevs.
Pied Piper is a basic common zombie card in Plants vs. Zombies Heroes and a member of the

He has the Gravestone trait, and his ability gives all plants on his lane -1

Pied Piper's ability to weaken and possibly destroy a plant is what makes him handy. It is best to play him on a lane with a plant that has from 1 to 3

at most for Pied Piper to destroy it.

Also, since the ability decreases stats and affects all plants on that lane, it can bypass Team-Up plants to destroy a frail plant behind, or

, such as Magnifying Grass or Mushroom Ringleader, they can be easily destroyed when he is revealed.

If you manage to keep Pied Piper alive with Electric Boogaloo, he can be used in a dancing deck with Aerobics Instructor and Flamenco Zombie since he is a dancing zombie. Pied Piper can also give boosts to Cat Lady and Zookeeper, since he is also a pet zombie. The Smash can also abuse his ability to make way for

However, Pied Piper's ability will not activate if there are no plants on his lane, so you will usually find yourself trying to play him after a threat has appeared, which can disrupt your strategies. Grave Buster is also a big counter to this zombie.

There is not much you can do about this zombie early in the game because he hides in a gravestone. This means you will have to play Grave Buster if you want to destroy him without harm. This is extremely suggested if a gravestone appears on a lane with two plants in it, although only

Smarty heroes have anti-gravestone cards, so others will suffer quite a bit with frail plants. 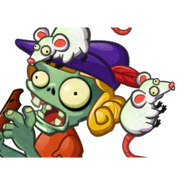 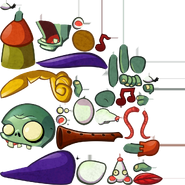 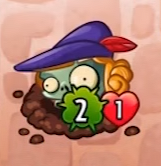 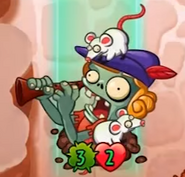 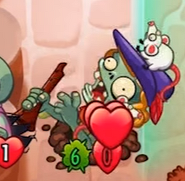 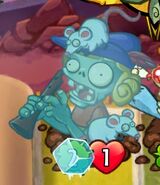 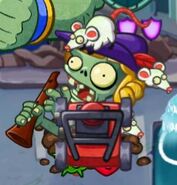 Lawnmower being played on Pied Piper 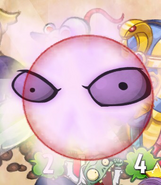 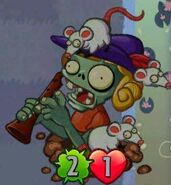 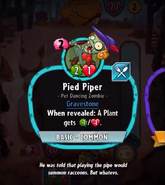 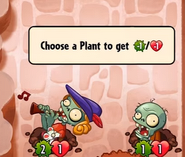