Piñata Party is a game mode in Plants vs. Zombies 2. It usually takes place at the Player's House in Modern Day, but sometimes takes place in other worlds, and has zombies from all areas. Sometimes there are special themed Piñata Parties during holidays or when a new world is about to be released, such as Feastivus and Springening. They are essentially daily versions of various Brain Busters, with most being Special Delivery, and occasionally Locked and Loaded or Save Our Seeds; sometimes they are even Vasebreaker levels or Beghouled levels. After the 1.9 update, regardless of the format, there will be any normal objectives (Goals for Success) that involves on surviving without planting on Dave's mold colonies and not let the zombies from trampling the flowers that should be meet as well in order to complete these kind of parties. Piñata Parties are playable every day at 2:00 AM, and they can only be played after Crazy Dave tells the player how to purchase Power Ups before starting Day 5 in Ancient Egypt. In order to access the Party, the player needs to connect to the internet with a strong signal so that day's Party is downloaded.

After that, if there are objectives, the player will see the objective ticked. If the player presses 'continue', he/she will be able to watch an ad to replay the Piñata Party for free, or dismiss it by pressing the red cross. The player can only do this once per Piñata Party.

Piñata Parties sometimes let the players use premium plants or limited edition plants even if the player does not own them.

When the player completes five consecutive levels of Piñata Party in a row, Señor Piñata appears after the player opens the three regular piñatas. It requires three taps to break and always contains a plant costume or large amount of coins (4000). Before the 2.5 update and after the 2.9 update, missing a day would restart the counter. However, the counter will not reset if the player loses that day's Party. 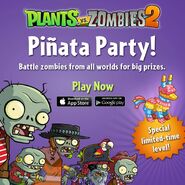 An advertisement for Piñata Party posted on the Plants vs. Zombies Facebook page

An advertisement for the Piñata Parties

Another advertisement for the Piñata Parties

Receiving a free retry from watching an ad 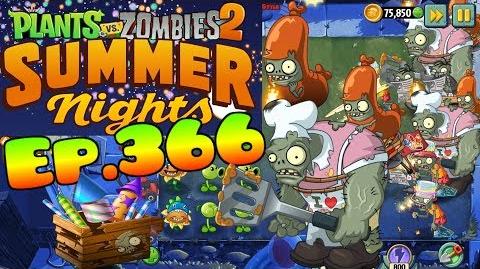 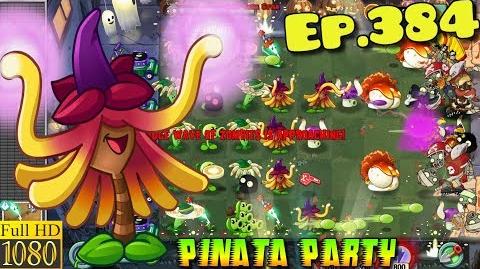 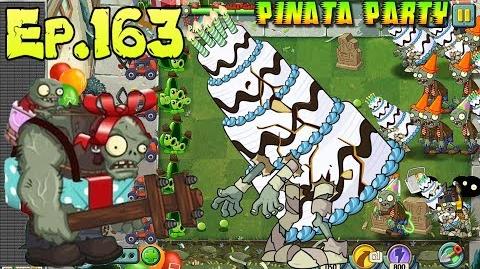 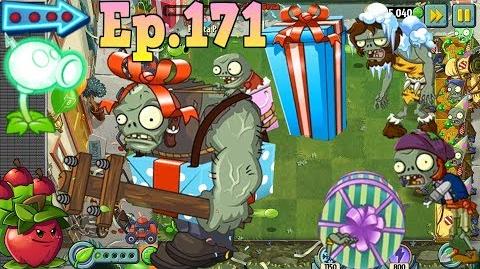 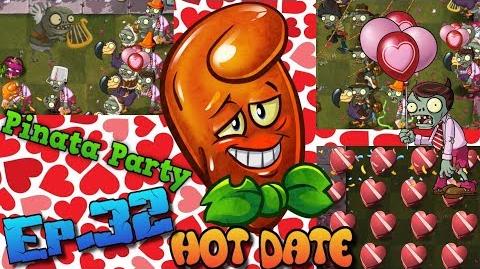 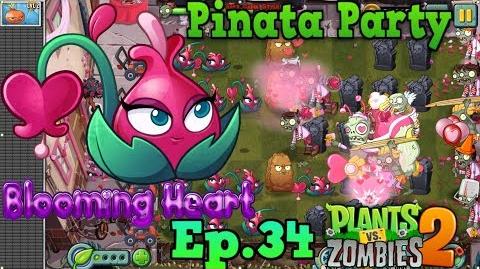 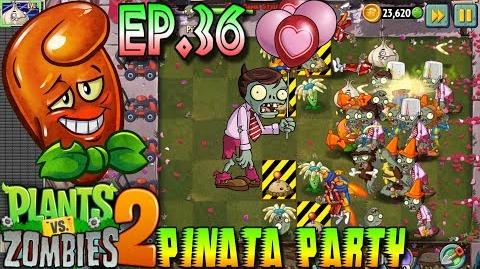 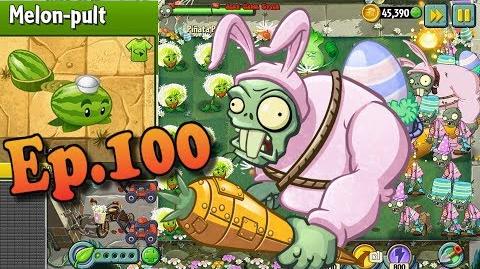 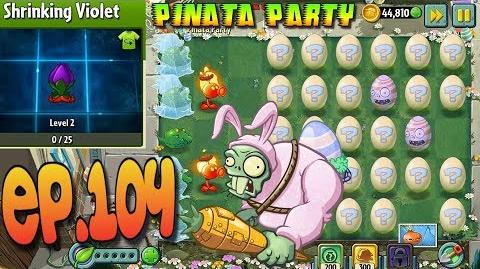