Transform a Plant into a random Plant.
Draw a card.
For when it's time to turn over a new leaf.
Petal-Morphosis is a premium rare plant trick card in Plants vs. Zombies Heroes and a member of the

to play, and its ability transforms a selected plant into a random non-Superpower plant from the entire game and draws a card.

Its description references the phrase, "Turning over a new leaf," which means to make a fresh new start with one's life.

For when it's time to turn over a new leaf.

Petal-Morphosis can be a game-changer, assuming you are lucky enough. While the result can be as powerful as Three-Headed Chomper, it can be something weak as Button Mushroom. Therefore, you should play it on a weak plant, or a plant that is about to go down (preferably one that is unable to hurt anything) so that you won't have anything to lose. It is also a replacement to seedling, as while it costs twice as much, Seedling has restrictions and must live through the zombie tricks phase.

Keep in mind that it also gives you an extra card, so it can be useful when you want to get another card or activate Dino-Roar abilities, not the mention that it is the only card in the Kabloom class capable of drawing cards. However, Petal-Morphosis is a poor choice in that aspect, as pretty much every other card with the same ability (to draw a card) is more efficient.

Additionally, it can be used to boost Muscle Sprout, or to activate Astro-Shroom's ability, as the former boosts itself when Petal-Morphosis transforms a plant, while the latter does damage to your opponent when this trick is played, due to transforming also counting as playing a plant. But as mentioned before, there are better options for that purpose.

So generally, Petal-Morphosis is usually just extra gravy to press your luck, as Molekale (who turns everything else into a plant that costs 1 more sun) and Transfiguration (who can turn anything into a random plant if it is hurt and survives) are much better picks for a specialized transforming deck, while its ability to give you a card is outclassed by many others.

Just keep in mind that despite it is a flower trick, it doesn't benefit from the abilities of Briar Rose or Power Flower.

This trick is as unpredictable as Seedling, except that you have no way to prevent it, and there's no limit on what plant comes from it. Thus, prepare for anything, even legendaries like Shooting Starfruit and a wider variety of legendaries that Seedling cannot transform into like Dark Matter Dragonfruit. If you have to face plants that are capable of dishing out lots of damage, your priority will be to destroy that plant as fast as possible while surviving.

You can also delay the use of this trick with Defensive End, Ra Zombie or Turquoise Skull Zombie, although they might not be the best at it, or deter your opponent from playing it with Fraidy Cat or Quickdraw Con Man. 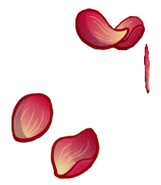 Petal-Morphosis on the advertisement for the Red Envelope Bundle

Petal-Morphosis on the advertisement for the Red Envelope Bundle 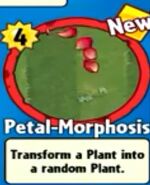 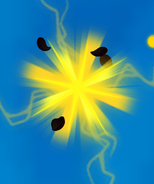