when a Plant or your Hero is healed.
"A toast to your health... and mine!"
Pepper M.D. is a premium uncommon plant card in Plants vs. Zombies Heroes and a member of the

It does not have any traits, and its ability gives it +2

every time a plant, including it, or the plant hero, is healed.

It is based on a bell pepper, a group of the species Capsicum annuum that produces fruits in different colors, and a doctor, a professional who practices medicine.

Its name is a combination of "pepper," the real-life plant it is based on, and "M.D." (doctor of medicine), referring to its appearance and ability. It could also be a pun on the soda beverage Dr. Pepper.

Its description is an allusion to its ability, as benefiting a plant's health (healing) benefits Pepper M.D.'s health too (getting more health)

Pepper M.D.'s only viable use would be as an attacker in a healing deck and can be substituted easily otherwise, but it can get pretty deadly and even unstoppable in said deck.

You can play Pepper M.D. on turn 2 safely due to the turn order and then set up from there, but it may be better to play it later and then rush out on the healing, primarily to prevent your opponent from destroying it with something like Bungee Plumber or Knockout, as well as to give your opponent a bit of a surprise.

There are a plethora of healing cards to use, but some are more useful than the others in terms of boosting Pepper M.D. (quantity rather than quality, in this case).

While not a healing card, the special rule of No Joke at the Junkyard works well with Pepper M.D. too, giving it +2

at the start of every turn (essentially acting as a permanent Power Flower).

An extremely good strategy is putting it in turn 2 and placing a Lil' Buddy infront of it, because now you have a 4/4 plant with a 0/1 just in case of pesky Deadly zombies, which is a lot for turn 2. However, your hero needs to be hurt in turn 1 to pull this off.

Chompzilla and Wall-Knight are arguably the two best heroes to use Pepper M.D. As Chompzilla, you can use Pepper M.D.'s ability to boost Potted Powerhouse in your hand, allowing you to grow a strong card and prepare another strong one in case Pepper M.D. fails to make an impact. She also has bonus attack cards to possibly lead to a quick victory, stat-boosting cards to increase the health of plants, Umbrella Leaf to protect Pepper M.D. from tricks, and Geyser, a trick that is very effective in terms of boosting Pepper M.D.

On the other hand, Wall-Knight doesn't have access to Umbrella Leaf or bonus attack cards, but he is better at healing damaged defensive plants with his almighty Geyser, something which the

Guardian class is specialized at. He also has access to Poppin' Poppies, a particularly good plant for boosting Pepper M.D.

However, there are a few things that can ruin these strategies. Instant-kills like Rocket Science and Locust Swarm can easily lay waste to Pepper M.D., and

Deadly zombies only need a single hit to destroy it. Sneezing Zombie is also a big counter, as she shuts down all forms of healing. However, Sneezing Zombie is usually played on turn 4 onwards unless the zombie hero also leads the Brainy/Hearty class.

Pepper M.D. may have average stats, but it will be able to grow a lot to wreak havoc easily, especially since your opponent will be running a healing deck with Lil' Buddies. You can stop Pepper M.D. before it gets boosted by the likes of Bungee Plumber, Rolling Stone, or combat with a zombie, or prevent any healing from being done by using Sneezing Zombie.

But if Pepper M.D goes rogue, instant-kills like Rocket Science, Locust Swarm and

Deadly zombies would be your best options. Bouncing it is also a good option as it resets its stats back to normal, although Pepper M.D. can be played again. Freezing it can shut it down for a turn 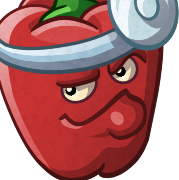 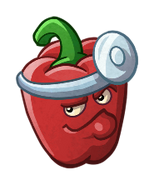 Pepper M.D. with the

Two Pepper M.D.s on a lane due to Pair Pearadise's ability

2nd-Best Taco of All Time being played on Pepper M.D. 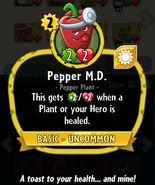 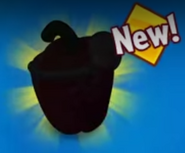 The player receiving Pepper M.D. from a Basic Pack

The player having the choice between Pepper M.D. and Repeater as the prize for completing a level