Peashooter was a plant in Plants vs. Zombies Adventures. It was the only plant that did not need to be unlocked by beating a level or reclaiming a lot. It was available from the start of the game and was the only regular offensive plant available until the Aspearagus was unlocked after reclaiming The Plantagon Lot. 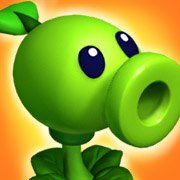 Peashooter on the plants selection screen in Plants vs. Zombies Adventures before the June 5 update

Several Peashooters ready to be harvested

Peashooter in an RV with Crazy Dave, Wall-nut, and Sunflower

A Peashooter topiary
Add a photo to this gallery

Retrieved from "https://plantsvszombies.fandom.com/wiki/Peashooter_(PvZA)?oldid=2208218"
Community content is available under CC-BY-SA unless otherwise noted.