It is the most common Spawnable Plant in the game. It looks like a Peashooter, but with war facepaint markings under its eyes, much like the Gatling Pea without its helmet, and with 4 leaves on the back of its head like Pea Repeater instead of just 1.

It is also very similar to the Peashooter, but shoots peas that deal 20 damage on a direct hit and 10 splash damage at zombies. Its attack is called the Large Pea. The zombie counterpart is the Rocket Bot. 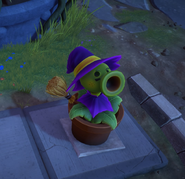 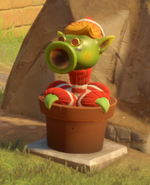