For the version in Plants vs. Zombies: All Stars, see Ox-Demon King Zombot.

Battle of the Ox-Demon 5-5
Small machines can no longer satisfy Dr. Zomboss. He spent another two years to become a professor of the Philosophy of Death and, obsessed with the long mythical novel "Dong Yi Ji", mastered the production of large-sized machines intended only for zombies and created a super-large mechanical zombie in accordance with the description of the Bull King in the book. X is back ...
Ox-Demon King Zombot was a zombie in Plants vs. Zombies: Journey to the West and served as the boss for Battle of the Ox-Demon.

Ox-Demon King Zombot differs from all other bosses in the franchise in that it has three stages of battle, between which the player can choose new plants. With the first stage, the player fights at night, with the second at dawn, with the third at day (at the same time, the surrounding world turns into a heavenly palace). The boss also has the following abilities: 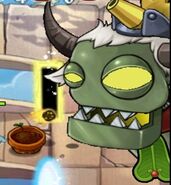 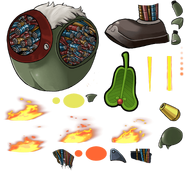 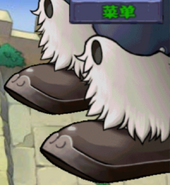 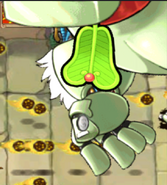 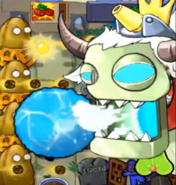 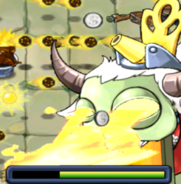 Third phase end
Add a photo to this gallery
Retrieved from "https://plantsvszombies.fandom.com/wiki/Ox-Demon_King_Zombot?oldid=2348471"
Community content is available under CC-BY-SA unless otherwise noted.