Other events (Plants vs. Zombies 2)

This is a list of minor events that have appeared in Plants vs. Zombies 2.

The first Progressive Piñata Parties started on April 15, 2015. It was an event sponsored by an insurance company Progressive. For the event, all Piñatas and prize screens were colored with the main colors of the company; white, blue and orange. Also, Señor Piñata is replaced with a big, blue letter "P" piñata. For the duration of the event, all the money prizes were doubled and the first replay of every party has been made free. An animated redesign of Flo, a fictional character appearing in more than 100 commercials for Progressive Insurance and portrayed by the actress Stephanie Courtney also made an appearance on the party banner and prize screen, posing and smiling to the screen, thus advertising Progressive Insurance. 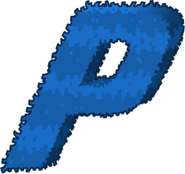 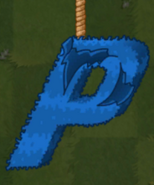 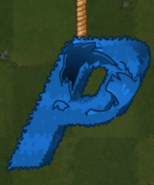 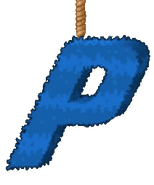 Children's Day was first celebrated on May 22, 2016. It was an event exclusive to the Chinese version of Plants vs. Zombies 2 which celebrates International Children's Day. It featured exclusive event zombies as well as introducing a new monthly special plant, Angel Starfruit. The event ran from May 22th to May 28th and rewarded the player with Angel Starfruit on the last day, provided they've played the earlier days.

The Player's House during the Children's Day Piñata Parties

Loading screen during the event, featuring Angel Starfruit and all associated event zombies

Time Twister was first celebrated on May 26, 2016 and featured exclusive Piñata Parties centered around zombies appearing out of portals in various worlds outside of their own, such as Far Future, Frostbite Caves, and Jurassic Marsh. The event also showcased the newly added plant Wasabi Whip as the associated plant for the event, as well as exclusive costumes for Cabbage-pult, Bonk Choy, and Melon-pult only obtainable through the exclusive Piñata Parties.

Screenshot of a 2016 Piñata Party

Gargantuar Week was first celebrated on July 16, 2014, showcasing Piñata Parties that always featured Gargantuars in them.

An ad for the Week of the Gargantuar Parties.

The zombies from the first Party

Gameplay of the first Gargantuar Party

The zombies from the second Party

Gameplay of the second Gargantuar Party

The zombies from the third Party

Gameplay of the third Gargantuar Party

Beghouled Beyond was first celebrated on July 29, 2016. The event featured exclusive Beghouled Piñata Parties showcasing both Aloe and new exclusive plant Kiwibeast. Later years saw the return of these exclusive Parties, as well as Kiwibeast.

Gameplay of a 2016 Piñata Party

Starting on August 8, 2014, Piñata Parties have had some of the hardest parties ever created. Its description was "Piñata Party Extreme Super Challenge Week! Our hardest mash-up levels all week long."

The Chosen Ones Party Week

Starting on August 25, 2014, Piñata Parties will have been determined by players on which parties should be played for that week. Its description was "The Chosen Ones! Player faves all week long!"

A party that used to be part of Feastivus

Imp Week was first celebrated on September 10, 2014. The event featured Piñata Parties all featuring Imps in them. Its description was "Imp Week is on!, Nothing short of amazing. Limited time."

Party ready to be played

The zombies from the first Party

Gameplay of the first Party 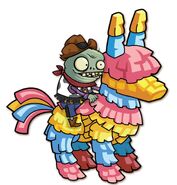 Chicken Week was first celebrated on September 18, 2014. The event featured exclusive Piñata Parties all featuring Zombie Chickens in them. The event's description was "Chicken Week is on!, Limited time. Win big clucking prizes."

Party ready to be played

An advertisement for Chicken Week

Starting on September 26, 2014, Piñata Parties have been chosen by game developers, its description is: "Celebrate year one with studio favorite Parties throughout Oct 2"

Description of the party

Big Brainz was first celebrated on September 30, 2016 and featured zombies from both Player's House and Modern Day being showcased with comically large heads. The event also showcased the new premium plant, Apple Mortar as the associated plant for the event.

Advertisement for the event

Gameplay of the third party

Advertisement for the event

Imporve-mint. Imporve-mint Is a event in PVZ2 to party it every mint is allowed daily mint rewards are here earning mints is 2x times and they have 43 seconds to be planted again it is celebrated on may 26 2021 but it had no piñata parties.