One Gun Guard (一炮当关; pinyin: Yī pào dāng guān) is a Brain Buster in Sky City in the Chinese version of Plants vs. Zombies 2. In it, the player controls a machine which fires lasers at the synchronized patterns of flying zombies. The goal is to gain enough points to pass the level, and in that sense, it is similar to Cannons Away, but it doesn't have a progress bar so the player can shoot as many zombies as they want and aim for the best moment for shooting the large number of zombies. The player will lose if they have no sun left. It is playable on Day 6.

There are three types of weapons;

The homing cannon is difficult to use and should not be used in most situations. Use the laser cannon to destroy massive swarms of weak zombies and the regular cannon to destroy single and powerful zombies such as Flying Gargantuars.

Defeating zombies will earn you sun, so defeat as many zombies as possible. Take note that all Sky City special zombies appear in these levels and they take varying hits to kill. There is also no time limit as well, so think which way you can kill the most zombies for sun and points with the least amount of sun before you shoot. You will also encounter green Double-Cabin Aircraft Zombies which will enable your cannon to go on a rampage and shoot without spending sun. In later stages, the player can encounter Flying Gargantuars, which can allow them to get a lot of sun and points if they defeat them. Since Flying Gargantuars have a high toughness and are encountered individually, the regular cannon is a great choice against them.

Remember that your cannon spends sun continuously as you activate it, so do not fire your cannon for an elongated period of time. 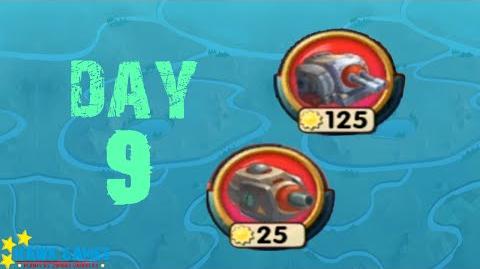 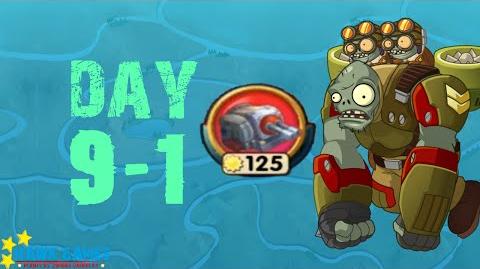 Plants vs. Zombies 2 China - Castle in the Sky - One Gun Guard 1 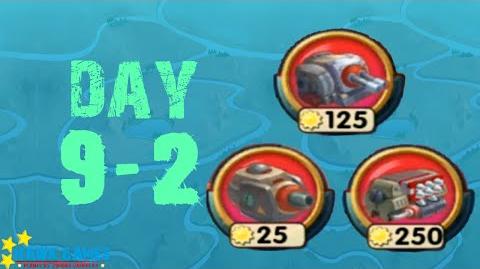 Plants vs. Zombies 2 China - Castle in the Sky - One Gun Guard 2 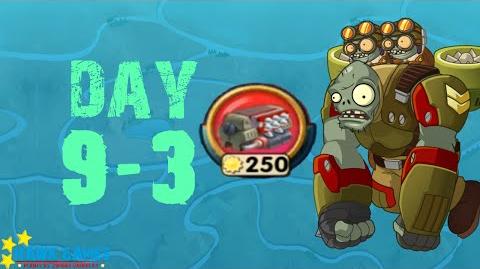 Plants vs. Zombies 2 China - Castle in the Sky - One Gun Guard 3
Add a photo to this gallery
Retrieved from "https://plantsvszombies.fandom.com/wiki/One_Gun_Guard?oldid=2259632"
Community content is available under CC-BY-SA unless otherwise noted.