Octo-Pet with Amphibious.
Octopus incoming! Two words a Plant never wants to hear.
Octo-Pult is Neptuna's premium legendary zombie signature superpower trick card in Plants vs. Zombies Heroes and a member of the

to play, and its ability makes an Octo-Pet on a selected lane. Its closest plant counterpart is Tater Toss.

Its name is a portmanteau of the words "octopus", referring to the animal it makes, and "catapult," referring to how it appears to be lobbed into the field.

One of the stronger superpowers that make zombies available to the zombies side, Octo-Pult essentially allows Neptuna to make a zombie with the same stats of Dolphin Rider in the Zombie Tricks phase at the small cost of 1

. While Octo-Pet lacks any significant synergies with Neptuna's cards, it is on its own a solid fighter and should not be underestimated.

Octo-Pult can be used to fill in the aquatic lane if you lack an Amphibious zombie or be used as a distraction for Flag Zombie and Toxic Waste Imp in an Imp-based deck. In most cases, the Octo-Pet made will not survive battle against most plants due to its low health, but it is still very useful at hunting down potentially dangerous fighters such as Sunflower, Pea Pod, and The Podfather.

While it does activate Zookeeper and Cat Lady's abilities, Neptuna cannot use this combo as both zombies are in the

Beastly class. Instead, Electric Boogaloo and Immorticia can play Quasar Wizard and Thinking Cap respectively to get this superpower. And because it can boost Unlife of the Party, Neptuna cannot perform this strategy because this zombie is in the Crazy class. Instead, Impfinity and Z-Mech can play Quasar Wizard to get this superpower. However, this whole strategy is luck-based, and it is more convenient to ignore this card when making a pet deck.

As with all zombie tricks, this can't be countered on the same round it is played. So the best to do if you are playing against Neptuna is to keep the aquatic lane guarded, because leaving it empty will give your opponent the perfect opportunity to use this superpower.

If you are using a hero without Amphibious plants, such as Solar Flare, the best you can do is to have an instant-kill ready in case this is played. But due to Octo-Pet's low health, a Berry Blast or even a Banana Bomb will be enough to destroy Octo-Pet. However, you will receive 3 damage anyway if your opponent plays it on the first turn.

If Neptuna gets this in the early game, you can delay the use of this trick with Forget-Me-Nuts, Dark Matter Dragonfruit or Brainana or deter her from playing it with Black-Eyed Pea or Sportacus. 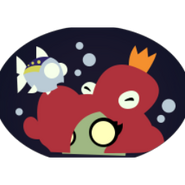 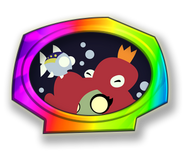 Octo-Pult being played
Community content is available under CC-BY-SA unless otherwise noted.
Advertisement