None
It's slimy, beady-eyed, and it leaves ink splotches wherever it goes. Neptuna loves it all the same.
Octo-Pet is a token zombie card in Plants vs. Zombies Heroes and a member of the

Sneaky classes. It can be made by Octo-Pult. It costs 3

. It has the Amphibious trait and does not have any abilities. Its plant counterpart is Cattail.

It is based on an octopus, a cephalopod mollusk of the order Octopoda, specifically the one on Neptuna's head.

Its name is a portmanteau of "octopus," the animal it is based on, and "pet," referring to its tribe and it being owned by Neptuna.

It's slimy, beady-eyed, and it leaves ink splotches wherever it goes. Neptuna loves it all the same.

Octo-Pet itself does not have good stats for its cost, lacks synergy, and has no abilities. The only strong point it has is that it can get out on the field at turn 1, so any other method you get this fighter will remove that advantage and turn it into what is basically a rarer Dolphin Rider. If that is the case, Octo-Pet is simply utilized best as a traditional Amphibious zombie, being best for the aquatic lane and nowhere else.

Octo-Pet is weak compared to its cost in terms of stats, but considering the circumstances it comes in, it can be quite a handful on turn 1 with the use of Octo-pult.

But even then, Octo-Pet is not a very hard fighter to take out after that; most soft removal cards and low-cost fighters can easily do the job. Moving it also works as it does with such fighters, but direct removal is just more reliable, especially with this zombie's low health.

Another option is to simply Bounce it. It isn't the most effective and may be harmful late-game, but in the early game, you can force your opponent to either replay it, or keep it in their hands and clog up space. Sadly, this can't prevent the damage done by some of the earlier turns, or on the turn Neptuna plays it. 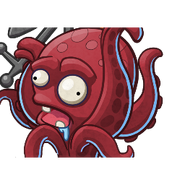 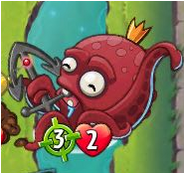 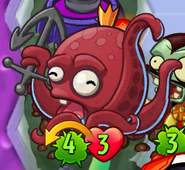 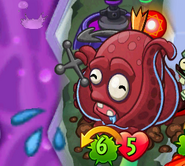 Octo-Pet about to do an 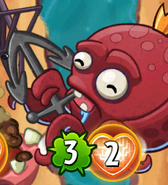 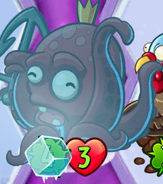 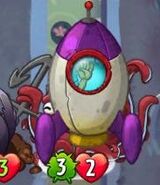 Final Mission being played on Octo-Pet 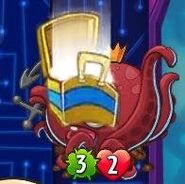 Yeti Lunchbox being played on Octo-Pet 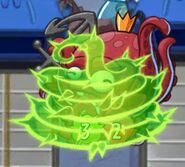 Weed Whack being played on Octo-Pet 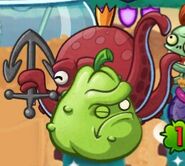 Squash being played on Octo-Pet 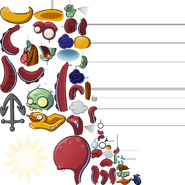