Plants vs. Zombies Wiki
Register
Don't have an account?
Sign In
Advertisement
in: China exclusive, Archived, Plants,
and 6 more

80 Stars
Nut Wujing (沙僧坚果; pinyn: Shā Sēng jiānguǒ) is a plant in Plants vs. Zombies: Journey to the West. It is one of the Heroes.

Nut Wujing is based on a Wall-nut and Sha Wujing from Journey to the West, a man-eating sand demon who was originally a general in Heaven, but was banished after destroying a valuable vase in a fit of rage.

Its design is specifically based on Sha Wujing's appearance before he was banished. 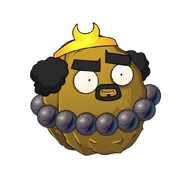 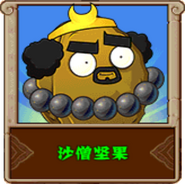