Nuclear Earthstar looks very short, and all the other plants thinks he belongs to the short family, this irks Nuclear Earthstar, he just has a large portion of his height underground!

Nuclear Earthstar (地星发射井; dìxīng fāshèjǐng) is a monthly special plant in the Chinese version of Plants vs. Zombies 2 first introduced in the 2.6.6 update. It is a legendary plant, and it attacks by launching missiles at the first zombie within its attack range.

Missiles launched by Nuclear Earthstar deal damage in a 3x3 area, as well as leaving an area of radiation in the tile of the targeted zombie and the tiles next to, above, and below it. When a zombie enters any of the radiated tiles, the zombie will absorb the radiation and become a radioactive zombie.

In a similar manner to Tile Turnip and Ultomato, the sun cost increases 300 sun for each Nuclear Earthstar on the lawn.

Nuclear Earthstar is based on members of the Geastrales order of fungi.

When fed Plant Food, Nuclear Earthstar will launch multiple smaller missiles at various targets on the screen, radiating zombies that are medium size and smaller

On top of its normal Plant Food attack, three extra missiles will be launched, which prioritize larger zombies and is able to radiate zombies of all sizes.

This plant might not seem as good compared to the other legendary plants like Cactus and Magic-shroom. However, it is a much stronger version of Imp Pear, due to its ability to affect every single zombie (barring bosses), including zombies that do not eat such as Gargantuars and All-Star Zombies. At level 5, it can debuff every zombie regardless of their levels. The radiation it leaves behind can negate said zombie's ability.

Just note that to use this plant, you will need to have plenty of sun producing plants such as Twin Sunflower and Sunflower Singer, as each additional Nuclear Earthstar will increase its price further.

Nuclear Earthstar works well with Tile Turnip, as you can unleash a radiation lawn attack on the zombies, allowing you to take a break from the special zombie's abilities.

Just note that the radiation will wear off after a while, so you will need other plants to finish off the zombies due to the plant's somewhat lengthy attack recharge time. 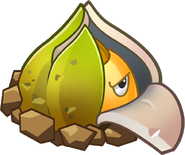 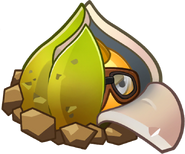 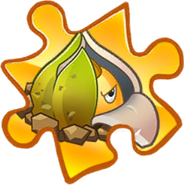 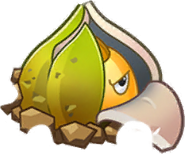 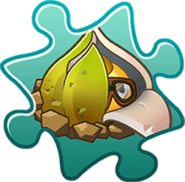 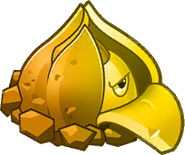 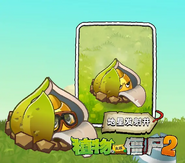 Radioactive zombies of all shapes and sizes 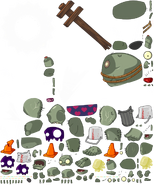 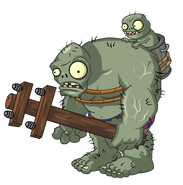