Plants vs. Zombies Wiki
Register
Don't have an account?
Sign In
Advertisement
in: China exclusive, Archived, Plants,
and 6 more
English

View source
watch 02:56
Raise a Floppa - The Loop
Do you like this video?
Play Sound
File:Nitro-shroom2.png

Nitro-shrooms summon smaller versions of themselves that hop forward and damage zombies.

Beating Far Future - Level 11-1
Nitro-shroom (硝化菇; pinyin: xiāohuà gū) was a plant in Plants vs. Zombies Online. It attacked zombies by summoning smaller versions of itself that hopped on forward and hit a group of zombies.

This plant fires smaller clones of itself frontwards to attack zombies in a similar of Peashooter but slower. It was hard to use by itself, but it worked well with stronger plants to finish weak zombies off. It could also be used as support behind a Wall-nut or Tall-nut, as the small mushrooms it summoned will attack the zombies and help stall them.

When fed Plant Food, Nitro-shroom summoned five smaller versions of itself in the column it was planted in. Then, they would hop forward and kill any zombies on their path. 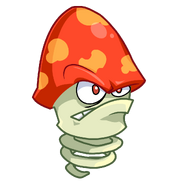 Nitro-shroom jumping up during its idle animation 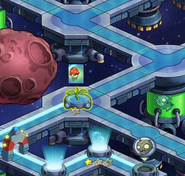 Nitro-shroom on the Far Future map 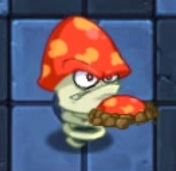 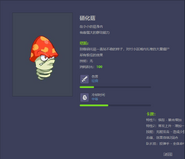 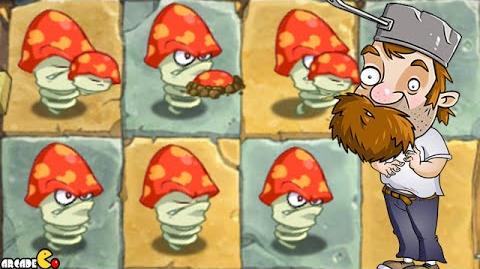