Same as before
Neon Mixtape Tour - Day 11 is the eleventh level of Neon Mixtape Tour in Plants vs. Zombies 2. It is a Locked and Loaded level. Impunk makes its first appearance here. The jams that play in this level are pop, punk, and rap. After completing this level, the player receives a money bag.

This level throws every zombie ever seen up to this point at the player without any control of the plants they pick. In most levels, this would normally be a problem. But here, zombies tend to not come in higher concentrations until a bit after the first flag, giving the player plenty of time to set up their defense.

While the player is only given Threepeater to deal with the oncoming hordes, he/she is also given three very important instants in Thyme Warp, Cherry Bomb, and Stallia, making hordes not as much as an issue.

By LegendofNickson (a weird glitch occurred that time...) 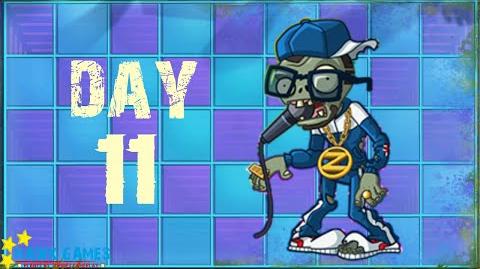 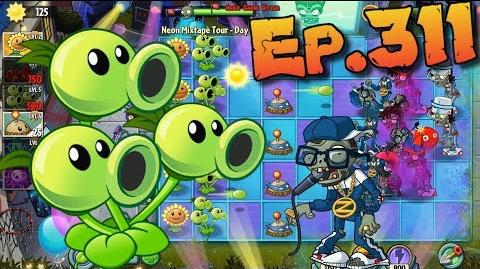 Retrieved from "https://plantsvszombies.fandom.com/wiki/Neon_Mixtape_Tour_-_Day_11?oldid=2349174"
Community content is available under CC-BY-SA unless otherwise noted.