When you play a Mustache, this gets +1

.
Customers have been telling him "Get a brain" for years now.
Mustache Waxer is a triassic uncommon zombie card in Plants vs. Zombies Heroes and a member of the

and the zombie hero +1

every time a mustache card is played. The latter ability stacks with each Mustache Waxer on the field and persists until all Mustache Waxers are removed from the field.

He is based on a mustache waxer, a person who uses mustache wax to groom and hold mustaches in place.

Customers have been telling him "Get a brain" for years now.

Mustache Waxer has decent stats for 1 brain, and his ability is rather useful in many situations. The health-boosting part is self-explanatory, allowing Mustache Waxer to turn into an efficient tank. However, the part where you get brains is the more interesting part.

His ability to give you 1 brain back per mustache played is similar to Flag Zombie's ability of reducing the cost of zombies by 1, but more limited in terms of the zombies affected by it. However, Mustache Waxer's ability also applies to tricks like Eureka, Bungee Plumber, and Frosty Mustache, while Flag Zombie's does not. Another thing his ability excels at is synergy with Zom-Blob, as since you gain brains, it boosts Zom-Blob's strength. While it gives less brains than Brain Vendor or Medulla Nebula, you might be able to excel them if you have enough Mustache Waxers on the field.

Sneaky class synergizes with Mustache Waxer very well in a number of aspects. First, the Sneaky class has Barrel of Barrels and Laser Base Alpha to take care of Mustache Waxer's lack of offense, albeit limited to plants. It also has access to Imposter, who not only costs 1 brain himself but also gives you a 1-brain Imp with a mustache, making it good with Zom-Blob, and Frosty Mustache, which gives you a mustache on top of

Mustache Waxer, however, cannot boost his own strength, which means that unless he gets strength boosts or the

Deadly trait via other cards, he will be in a bad situation if contronted with a plant that can destroy him in a couple of attacks. He is also vulnerable to instant-kills like Chomper and can be shut down by strength-degrading tricks like Water Balloons, which even the

Mustache Waxer is not much of an offensive threat, but he can be very hard to remove if your opponent plays lots of mustaches, which they can easily do since they virutally cost 1 brain less. The mustache cards themselves can cause trouble to you too, as some are very dangerous (such as Shieldcrusher Viking and Portal Technician). The best counter is to destroy Mustache Waxer on the turn he is played with either a plant or a trick, which should be easy. However, if your opponent decides to rush their mustache cards later in the game, instant-kills like Shrinking Violet or Whack-a-Zombie are more effective. Bouncing Mustache Waxer is also an option, but it is not recommended as your opponent can easily replay him. 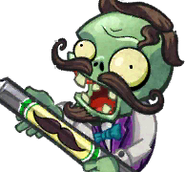 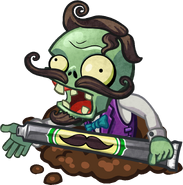 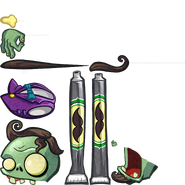 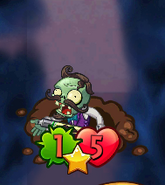 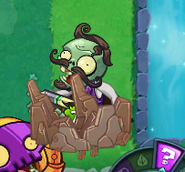 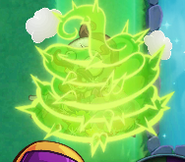 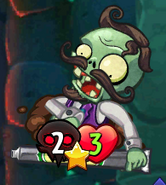 Mustache Waxer with the

Mustache Waxer with the 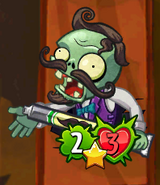