.
Ask not what the Zombies can do for you. Ask what you can do for the Zombies!
Motivate was an unused common zombie superpower trick card appearing in Plants vs. Zombies Heroes, and was available to all zombie heroes. It costed 1

to play, and its ability gave a selected zombie +1

. Its plant counterpart is Inspire.

Motivate, as well as other neutral superpowers, were scrapped in update 1.2.11 as superpowers became bounded to heroes.

Its design is based on the badge symbol that represents the zombie heroes.

Its name means to stimulate one's interest in or enthusiasm for doing something.

This trick, while not making a selected zombie gain a lot of strength and health, is still useful as it could be the key to destroy a strong plant fighter or to make a zombie survive an attack. 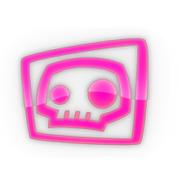