NOTE: All of these mods are unofficial, do not believe everything you see on this page is canon from the Plants vs. Zombies franchise.

Please read Project:User uploads before sharing your own images. 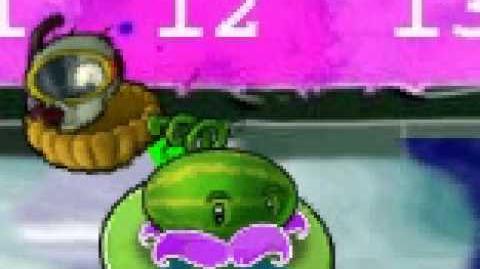 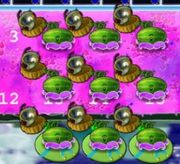 Mushrooms sleep regardless of time conditions 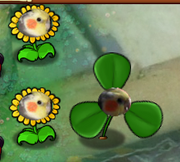 The Power Lily will not give you Plant Food.../Plants vs. Zombies 2-style Imitater 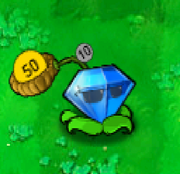 Some of the plants turned into robo-plants (from SilverStormPack Mod)

Pumpkin But with a Rounder Appearance.

A Pea-pult that lobs peas and frozen peas 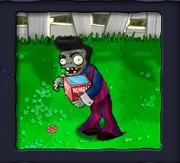 For those who are both a fan of disco and Michael Jackson...

There is a new leader of zombies around...

Another custom bio for Giga-gargantuar 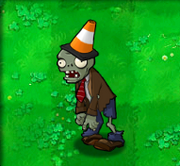 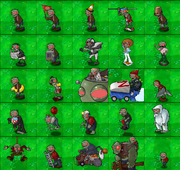 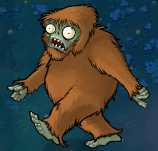 An armless and headless gargantuar's daughter (from the Gargantuar's Daughter Mod)

Flag zombie with EZIC flag (Made by User:HenryTheCyberCommandant)

User:HenryTheCyberCommandant's Black Pole Vaulter
Add a photo to this gallery

I, Zombie mod using seed hack to get Catapult Zombie

What's wrong with the Zen Garden?

All normal Zombies replaced with the Dancing Zombie

Zombiquarium in a Fish Tank? 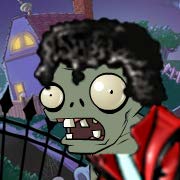 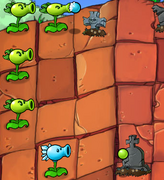 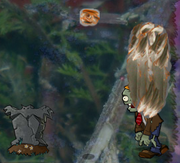 Feather Cob Cannon bomb above a zombie on a modified terrain

Something to say with Dr. Zomboss

A modded mini-games page, with rotated image and LawnStrings name by Drek

A Modded Last Stand. Melon-pult and Winter Melon became Nut-pults and Winter Nut, the Pool became frozen, and the other plants and zombies is modded.

Sorry, I killed your Imp...

Lily Pads on ground and Flower Pots on water. Also, Tangle Kelp on land and Potato Mine on water

You lost in the Zen Garden!! 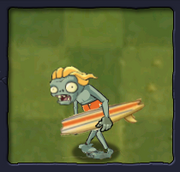 Pirate Seas as Fog (by Vebros)

Pirate Seas as Pool (by Vebros)

Survival and Mini-games mod (by Vebros)

A second degraded Wall-nut in the Almanac entry

PvZ but everything is in the style of PvZ2. Except 2 Zombies.

Fighting against the Dungeon Master-0
Weebs VS GachiGASM 1.3 by Kanna MTFK Kamui]

While you need to edit the logo in the loading screen to put the current one, you get this.
Add a photo to this gallery
Retrieved from "https://plantsvszombies.fandom.com/wiki/Modify_Plants_vs._Zombies/Gallery_of_mods?oldid=2253872"
Community content is available under CC-BY-SA unless otherwise noted.