Modern Day - Day 31 is the thirty-first level of Modern Day in Plants vs. Zombies 2. Modern Day sliders are once again present in this level. This level showcases the Escape Root, the premium plant tied to Modern Day Part 2, and it is pre-selected in the seed slots. When this level is finished for the first time, the player receives a money bag.

The player is given Escape Root to use in this level. However, this plant is not very handy. The switching ability of Escape Root is useless if the player has a good set up, and Escape Root should only be used during the beginning of the level to easily take out a few zombies. Other than that, the Jester Zombie appears, so the player should not bring any plants that use projectiles, as the Jester Zombie will fling them right back. All-Star Zombie should be watched for as like in Modern Day - Day 25, All-Star Zombies can use slider tiles and rush into another lane. Other zombies like Explorer Zombie and Newspaper Zombie can also overwhelm the player. 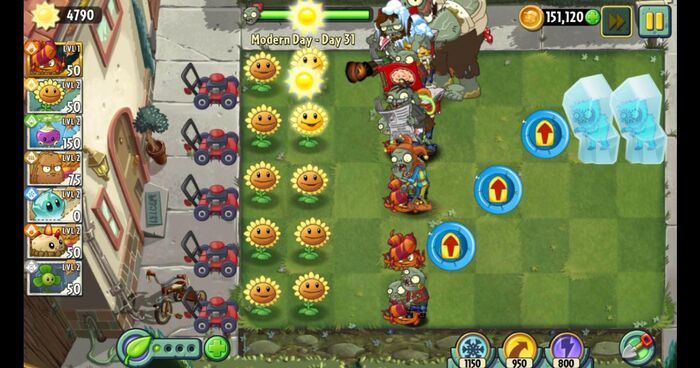 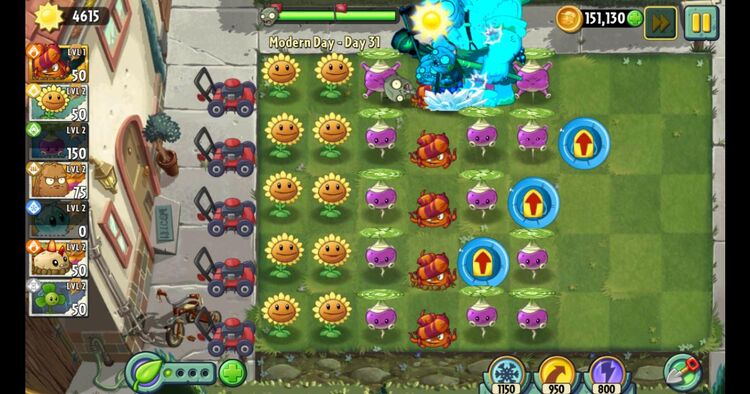 Hope you success with my strategy!

Final wave with a gem by Mognoxprox 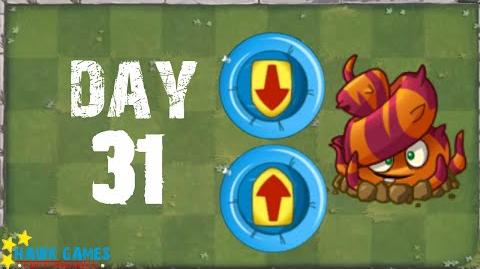 Retrieved from "https://plantsvszombies.fandom.com/wiki/Modern_Day_-_Day_31?oldid=2350160"
Community content is available under CC-BY-SA unless otherwise noted.