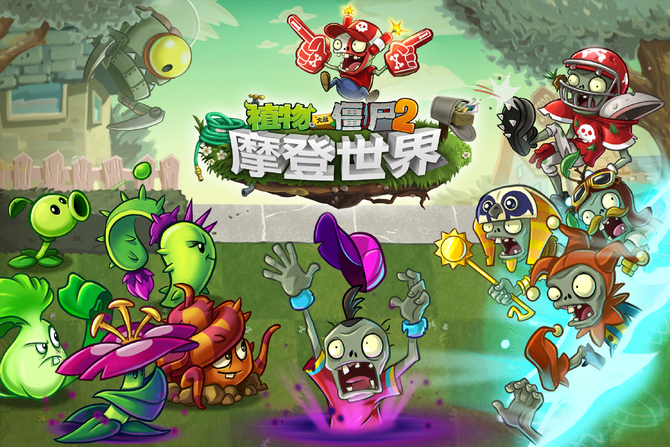 Collecting stars or 58 gems
Modern Day (摩登世界; pinyin: Modeng Shijie, translation: Modern World) is the 13th world in the Chinese version of Plants vs. Zombies 2, It is set in the present, more precisely a few moments before Crazy Dave eats his taco (and further begin his time travel journey), and features Dr. Zomboss trying to negate and alter history. The lawn is the same as the Player's House and the music is a combination of themes from the first game with instruments from every world. There are no features from Kongfu World or Sky City or any other Chinese-exclusive content.

This world is a mash-up of every time period encountered before (except for any Chinese-exclusive ones), the main environment modifier, portals, reflect that. Portals summon special zombies from any time period to the lawn. The tiles where portals appear and the zombies summoned are scripted and never change.

The end is also the beginning, now we are back to the starting point and fight with the modern age zombies. The timespace is getting more and more unstable, are you ready for it? 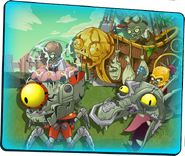