When played: This gets +2

if there's a Plant with Team-Up here.
They work hard but they also like to party. That's them in a nutshell.
Mixed Nuts are a basic common plant card in Plants vs. Zombies Heroes and a member of the

They do not have any traits, and their ability gives them +2

when they are played on a lane with a Team-Up plant already on it.

They are based on the snack in real life with the same name.

They consist of a Wall-Nut, a Small-Nut, and a pistachio-like nut.

They work hard but they also like to party. That's them in a nutshell.

While Mixed Nuts are not a very powerful plant, using cheap Team-Up plants like Puff-Shroom, Admiral Navy Bean, Sunflower, Wall-Nut, Potato Mine, and Torchwood can quickly turn them into a tough plant, let alone any Team-Up plant.

A common strategy with this is playing a Sunflower on the first turn, and if it is not destroyed, play Mixed Nuts on the same lane as the Sunflower to activate their ability.

However, note that Team-Up plants are a resource by themselves, and shouldn't be mindlessly wasted. Therefore, do not solely rely on Mixed Nuts, and play them only if they don't interfere with your main strategy.

If you're facing a Beastly hero, watch out for Squirrel Herder due to their nut tribe.

Deadly zombies and Locust Swarm are able to destroy them regardless of strength.

Strikethrough zombies also help, although most zombies with said trait cannot destroy them in one attack and will be destroyed themselves.

If a Sunflower is played on the first turn, then there is a high chance Mixed Nuts will be played next, so removing any Sunflowers is also important. Using Tennis Champ for Mixed Nuts and Bungee Plumber for Sunflower is one way to counter this combo on turn 2, though Tennis Champ can be destroyed before the Fight! phase.

Another way is by using Squirrel Herder, and is a much more efficient way of doing so. Pied Piper can reduce Mixed Nuts' stats and destroy Sunflower, making him another good choice. Keep in mind that Wall-Knight and Rose can target the 2 afformentioned zombies with Grave Buster and Grave Mistake respectively. 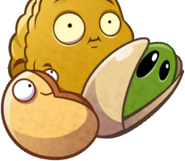 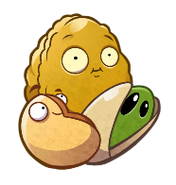 Mixed Nuts with the 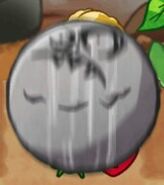