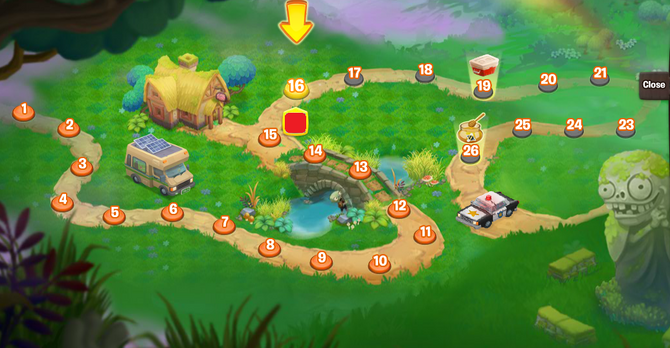 Reclaim The Police Station Lot and travel with four friends

Mildew Meadow was the ninth map stage in Plants vs. Zombies Adventures. It introduced the Imposter Zombie to the player. When the player completed Level 7 of Mildew Meadow, they would have unlocked the Shamrockstar to buy with gems, and the player was given three free Shamrockstars. The player's mission was to get the Honey, after which the "bees" would go away according to Matilda. The honey was needed to reclaim The Bamboo Lot. This was the stage that started the trend that all later stages used, where the players did not meet any normal Zombies.

It seems to take place in a part of Ireland, due to Mildew Meadow requiring the plant Shamrock to unlock, and shamrocks are the symbol of Ireland. Mildew Meadow is also stated to be "lucky."