Memory Lane (回忆之旅; pinyin: huíyì zhī lǚ, lit. Travel of Reminiscence) is a game mode in the Chinese version of Plants vs. Zombies. Memory Lane is a mode similar to Penny's Pursuit, and features level gimmicks and maps based on the first game.

Player cannot purchase Sun, Plant Food, or Power Ups. All plants from the first game are unlocked for the player. All plants are locked at level 1. In Hard mode the player can only use plants from the first game, along with several other plants. Seven plants can't be used in Memory Lane at all: Auberninja, Geisha Flower, Pokra, Escape Root, Snap Pea, Headbutter Lettuce and Power Lily.

In Normal mode player can pick up to to three additional objectives (e.g. "Produce at least 5555 sun", "Don't lose any lawn mowers", etc) for additional reward, failing which results in losing a level. In Hard mode all objectives are obligatory.

Rewards for beating levels are gems, money and "snail medals", which can be used in Memory lane's shop to buy plant's Puzzle Pieces, artifacts and materials for their upgrade, money and profile icons.

Each level can be either a day, night or a roof level, with mechanics in each being identical to the first game. All levels have a time stability system.

All levels have a time stability clock, which starts at 99 ticks. As level goes on, timer ticks down. Each time a Plant Food is used, timer's time increases by 5.

As timer ticks down, new anomalies are introduced to the level:

Note: All names in this section are conjectural. If you know the official names or have better translations, please contact a wiki administrator to change them.

All known gimmicks are: 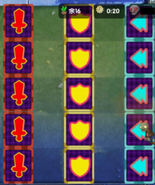 Сloud of poison left by Potion of Poison 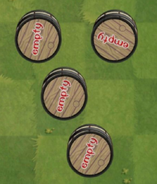 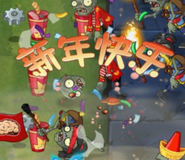 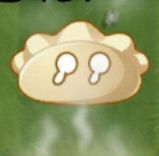 All known conditions are:

All seasons (except first two) are dedicated to an event, similar to Thymed Events in international version. In order of appearance:

Teaser for Memory Lane showcasing the front yard during the day

Teaser for Memory Lane showcasing the front yard during the night