For the version in Plants vs. Zombies 2, see Gargantuar Prime.

It is based on the Gargantuar Prime from Plants vs. Zombies 2.

When the boss slots land on 3 Mech Gargantuar icons in Garden Ops, a Super Robot Wave will occur. Robo-Zombies replace all zombies in the wave, with some Zombie Heroes being replaced by customized Tank Commanders and default or customized Computer Scientists.

On a Super Robot Wave, this can either be challenging or insanely hard. The hardest threats to look out for here, are the Robo Zombies. They all have a lot of HP and can take a while to vanquish just one of them. In fact, (depending if it's on harder difficulties) they can survive a direct blow-up from a Sombrero Bean Bomb or a Bigger Better Butter and they will still be running. However, good timed Corn Strike from a Garlic Drone can kill a few of them as the wave starts if you're a Cactus. Computer Scientists aren't much of a threat but they will heal up the Robo-Zombies and the bosses if not taken cared of soon.

The first thing you should do is to get on a rooftop or some other elevated ground, where the enemies can't reach you. They'll all be shooting at you though regardless but some elevated ground can help you out though. Prioritize the Robo-Zombies and Computer Scientists first as they'll all be hardest to take down first, then focus on the bosses. Sunflowers and Roses will have harder times surviving (unless you're Vampire Flower) due to their health. Citrons are slow movers but can use their ball-form to escape, however, remember that the bosses and robots will be tracking their way to you quickly. Torchwood is quite tanky and can take lots of damage but they move slow, so try to stick close to a Sunflower. 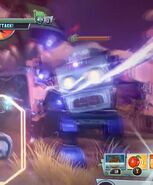 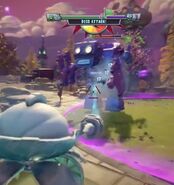 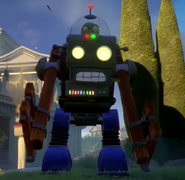