For more information about the character that this line was based on, see Magnet-shroom.

Lowers defense of all enemies and converts it into his defense

All members of the Magnet line were based on the Magnet-shroom from Plants vs. Zombies 2, albeit in different colors and appearances.

Magneto-shroom's name is based on Magneto, a fictional superhero. 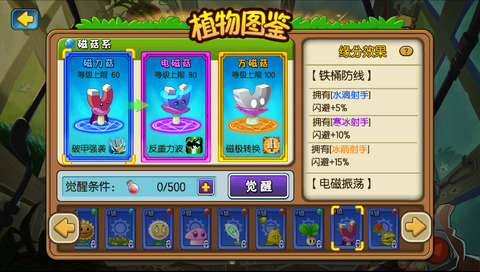 The Magnet line was given as a reward for collecting 90 stars in Ancient Egypt. Additional puzzle pieces could be obtained by replaying The Great Wall of China - Day 18, Kongfu World - Day 8 and Viking World - Day 28 or through Soulmates Puzzle system.

After unlocking the Magnet line, additional puzzle pieces could be used to upgrade it, which increased its stats and ability LVs.

Magnet line stats would be increased if these specific plants were unlocked. 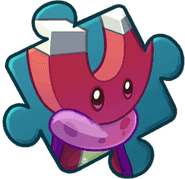 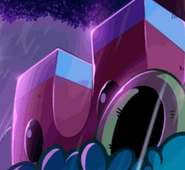 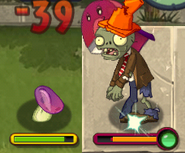 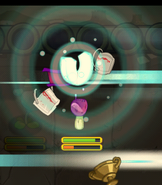 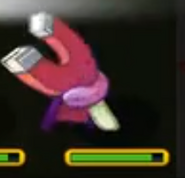 Magnet-shroom being hurt by an enemy active ability 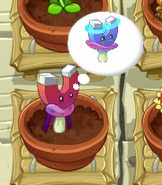 Magnet-shroom which can be upgraded to Electromagnetic Mushroom 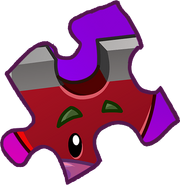 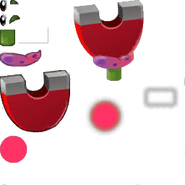 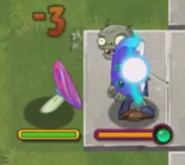 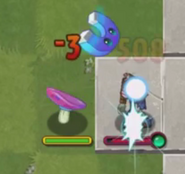 ]Electromagnet-shroom's projectile left after its attack 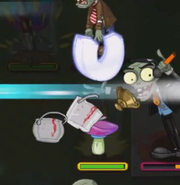 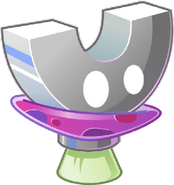 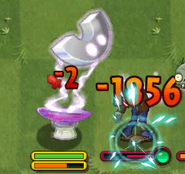