Plants vs. Zombies Wiki
Register
Don't have an account?
Sign In
Advertisement
in: China exclusive, Archived, Plants,
and 12 more
English

Magic Vine (魔藤; pinyin: móténg) was a plant in Plants vs. Zombies Online. It was obtained in Ancient Egypt. It attacked by throwing energy balls at zombies.

Magic Vine was previously an unlockable plant received by the player after beating Level 7-1 Ancient Egypt. It threw energy balls at oncoming zombies, dealing more damage to them if they were wearing some sort of armor.

In the October 30th update of 2014 of Plants vs. Zombies Online, it was removed from the main game and replaced by Pomegranate-pult, but still remained in the Player vs. Player mode as an unlockable plant.

When given Plant Food, Magic Vine threw one huge energy ball at the first zombie in its lane, similarly to Citron but couldn't toss away zombies and instead dealt a large amount of damage to a zombie. It would've done more damage if the zombie had been an armored zombie.

The player got Magic Vine

In the Sphinx battle 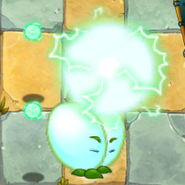 Costumed on a flower pot

Magic Vine next to Pomegranate pult in Normal Mode 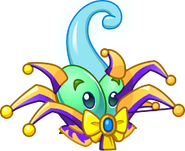 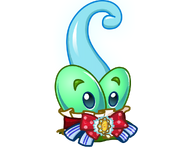