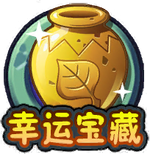 It was removed in v1.8.0. as it was replaced by the new lottery system. 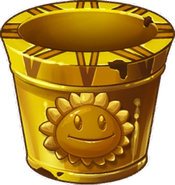 Retrieved from "https://plantsvszombies.fandom.com/wiki/Lucky_Treasure?oldid=2179422"
Community content is available under CC-BY-SA unless otherwise noted.