As an incompetent doctor who usually throws out hand syringes, Lost Doctor Zombie is respected by everyone on the surface, but he is always called a "person who buys his licenses with money" behind his back.

PvP Mode
Doctor Zombie's two hopes in his before life, at his death came true-to love without borders and heal the dead.

Lost Doctor Zombie (失落医生僵尸; pinyin: shīluò yīshēng jiāngshī) is a zombie encountered in Lost City in the Chinese version of Plants vs. Zombies 2. He throws syringes at plants, which slow them down for a few seconds. He can also alternatively use the syringes to boost the zombies' speed. In PvP mode, he uses the syringes to heal other zombies and fellow Lost Doctor Zombies. 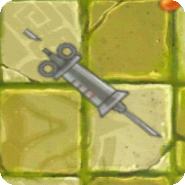 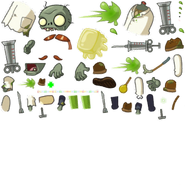 A blue Sun-shroom after getting hit by the syringe 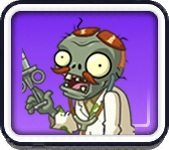 Retrieved from "https://plantsvszombies.fandom.com/wiki/Lost_Doctor_Zombie?oldid=2344084"
Community content is available under CC-BY-SA unless otherwise noted.