A money bag
Lost City - Day 4 is the fourth level of Lost City in Plants vs. Zombies 2. This level introduces the Excavator Zombie. There are six Gold Tiles in this level; two are in the second and four are in the sixth column. When this level is finished for the first time, the player gets a Lost City pinata.

Created by BLACK OUT

This setup utilizes a similar approach to Strategy 1, but has the following advantages:

Start by digging up the Wall-nut for the sun. Next, plant a Twin Sunflower on a Gold Tile. Use Potato Mines to kill the first few zombies. Meanwhile, keep planting Twin Sunflowers in the first two columns until enough sun can be obtained for a Melon-pult. Use Iceberg Lettuces, Wall-nuts, and Chard Guards to help stall other zombies. Once a column of Melon-pults are planted, plant a column of Chard Guards in the fourth column. These will prevent Excavator Zombies from digging up Melon-pults. Continue stalling to help the Melon-pults, while replacing Chard Guards as neccesary. This should be enough to defeat the final wave, especially with proper Plant Food usage.

NOTE: There are two images in the gallery section of the article that show this strategy. This strategy will guarantee the player to beat this level as the Iceberg Lettuce and the Kernel-pult have already been boosted since the start of this level. 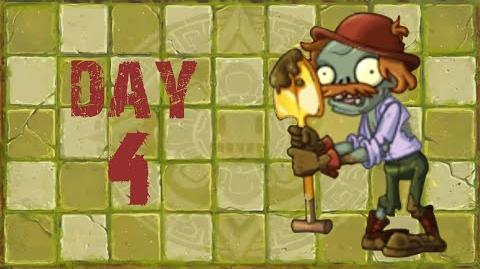 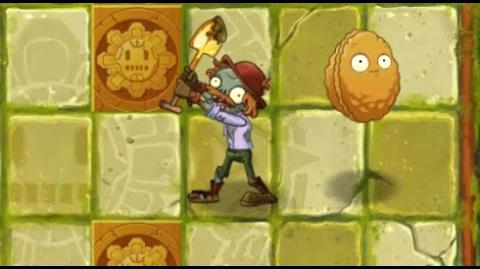 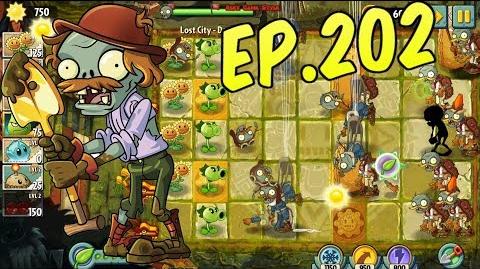 Retrieved from "https://plantsvszombies.fandom.com/wiki/Lost_City_-_Day_4?oldid=2325082"
Community content is available under CC-BY-SA unless otherwise noted.