For the Chinese version of the level, see Lost City - Ultimate Challenge.

A money bag
Lost City - Day 32 is the 32nd level of Lost City in Plants vs. Zombies 2. In this level, the player must defeat the Zombot Aerostatic Gondola. When this level is finished for the first time, the player earns the Lost City Trophy.

(Dr. Zomboss appears)
Dr. Zomboss: Do not think to usurp our discovery of fabled Lost City!
Dr. Zomboss: I and my zombies have already submitted our find to the Eminent Journal of the Missing and the Mislaid!
Dr. Zomboss: We will publish and you will PERISH!
(Dr. Zomboss leaves)

The advertisement after losing the level 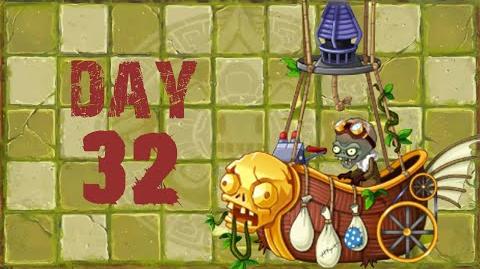 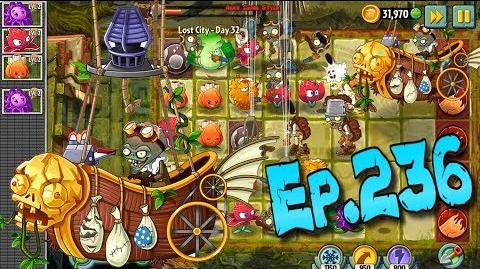 Retrieved from "https://plantsvszombies.fandom.com/wiki/Lost_City_-_Day_32?oldid=2214528"
Community content is available under CC-BY-SA unless otherwise noted.